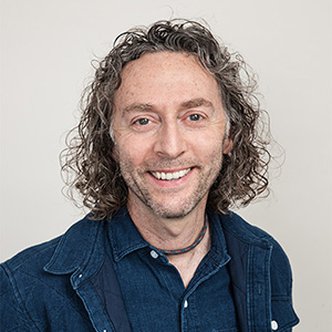 John, who is a Global Executive Creative Director, expanded his responsibilities in 2016 to become President of McCann Worldgroup’s Global Creative Council. In this dual role, he provides creative leadership across McCann's global brands, and works closely with McCann's creative and strategic leaders across all markets.

In his role as Global President of the McCann Worldgroup Creative Council, John helped oversee McCann Worldgroup's rise to the elite ranks of creative influence. McCann Worldgroup for the first time in its history was named Network of the Year at the 2019 Cannes Lions International Festival. The network was recognized by Adweek as the 2019 Global Agency of the Year, and was named to Fast Company’s prestigious list of the World’s Most Innovative Companies for 2020. McCann Worldgroup was also named to Advertising Age’s “A-List” for the 5th year in a row in recognition of its integrated, client-focused capabilities and creativity, and was named the #1 advertising agency network for promoting good in the 2020 Good Report, a collaboration by WARC and ACT Responsible.

Prior to joining McCann Worldgroup’s global team, John was Chief Creative Officer of McCann Australia, responsible for the Melbourne and Sydney offices. Under John’s leadership, McCann Melbourne became the world’s most awarded agency in 2013.

As both a writer and a creative director, John has won over 60 Cannes lions plus 6 Cannes Grand Prix, Black and Yellow Pencils at D&AD, One Show Best of Show, and multiple Clio, Spikes, LIA and Webby awards. His work has also been housed in London's Design Museum.

John has served as a jury member or jury president at all the major shows, including Cannes, D&AD and One Show.

John was named in the 2013 Creativity 50: AdWeek’s annual listing of the world’s 50 most influential creative thinkers and doers, and Business Insider ranked him the 8th most creative person in advertising worldwide.