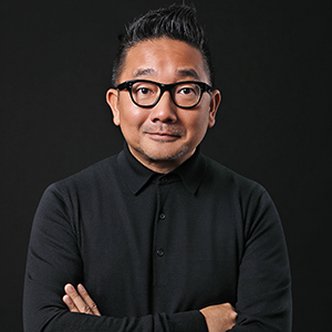 Throughout his 25 year advertising career, Erh Ray created some of the most awarded campaigns at Brazilian and international festivals, which resulted in more than 20 Lions at the Cannes Lions Festival, in addition to awards at events such as Clio Awards, FIAP and New York Festivals Award. For three consecutive years, Ray was the big winner of the Abril Award. This executive has also been a member of the Cannes Lions Festival jury three times. In addition, 42 of his advertisements have already been published in the “Archive” magazine.

Erh Ray started his career as an Art Director in southern Brazil. In 1994, he was hired by DM9DDB, where he created award winning campaigns for clients such as Parmalat, Honda, Itaú, Electrolux, Antarctica and Microsoft. His work attracted the attention of DDB New York. There, he created campaigns for Bentley, McDonald´s, Compaq and Philips. In 2000, he returned to Brazil as Creative Vice President for Latin America at DM9DDB and in late 2002, he founded his own agency, BorghiErh. In December 2006, BorghiErh joined the global network Lowe + Partners and Erh became co-CEO of the agency. BorghiErh / Lowe was the fastest growing agency in Brazil for four consecutive years. In 2010, the agency won the only Film Lion in Cannes and, in the same year, it was elected the agency of the year by the Brazilian Advertising Association.

In 2012, Erh left BorghiErh / Lowe with the ambition to build an innovative project, starting from scratch, an agency open to innovation without restrictions to create, bringing new solutions and ideas that make a difference. In 2014, the largest French agency, BETC, was launched in São Paulo. After just 3 years of life, the agency incorporated Havas Worldwide and started to operate under the BETC/Havas banner, covering in its portfolio clients such as China in Box, Citroën, Hering, Parmalat, Pão de Açúcar, Peugeot and Reckitt Benckiser. In 2016, Erh and Gal Barradas were elected the best agency leaders by the ABP Award. In the same year, his name was named among the 10 most admired advertisers in the country, according to the Agency Scope survey, by Scopen (former Grupo Consultores). With the departure of Gal Barradas from the operation, Erh Ray continues as partner and CEO of the agency, being responsible for the consolidation of a strong leadership and a team of employees that helped to consolidate the culture of BETC/Havas and position it as 2nd largest of the country in 2018, by adding media investments, according to a report by Kantar Ibope Mídia. He is currently a member of the Executive Committee of Conar, of the Advisory Board of the New York Festivals, and is President of the Latam Creative Council of the Havas Group.

Founded in Paris in 1994, BETC is one of the largest and most awarded agencies in the world. With offices also in London and Los Angeles, it arrived in São Paulo in 2014 and, in 2017, started to operate under the BETC/Havas banner, after incorporating Havas Worldwide. The agency is chaired by Erh Ray (partner and founder), head of a multidisciplinary team, attending clients like Grupo Elopar (Alelo, Livelo and Veloe), Grupo Pão de Açúcar, Hershey's, JDE (Pilão, Damasco, L 'OR, Café do Ponto, Caboclo and Café Pelé, among others), LVMH, PepsiCo (eQlibri), PSA Group (Peugeot and Citroën), Reckitt Benckiser (Veja, Vanish, SBP, Jontex and Olla, among others), TrendFoods Group (China in Box and Gendai) and Grupo Petrópolis (Petra, Cacildis and Black Princess Beer). Today, we are one of the largest and most modern agencies in the market and we bring diversity in the DNA since the foundation with an executive board composed of more than 75% of women. Since 2017, we have been signatories to WEPS, UN (Women's Empowerment Principles), having partnerships with several programs such as “Free the Bid”, “More Grls”, “Indique uma Preta”, '' Perifa Lions '', among others.

We usually say that BETC is Sexy & Bold. Or, in French, Sexy et Audacieux.

Sexy because we inherit creativity, good taste and French charm. Bold because we have a look focused on creativity that generates results.

In other words, the BETC Paris savoir-faire with all the support of one of the largest communication groups in the world: HAVAS.

Our mission is to elevate brands and businesses in all possible ways. It does not matter the category, product, service, channel, consumer. For us, the solution goes beyond traditional advertising. So we don't just create campaigns. We think of ideas that are culturally relevant and that stay in people's minds. A pop way of doing things, in which the French way wins that “paranauê” that only the Brazilian knows how to do.