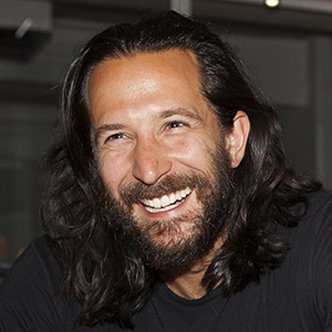 Born and raised in Brazil, Ricardo started his career in 2007 at DDB Berlin.

Working for clients such as Volkswagen and Ikea, he rapidly won a series of Cannes Lions as well as D&AD and One Show pencils, bringing DDB to the top of the national ranking in 2009.

The following year he moved to Brazil and joined AlmapBBDO, helping the agency conquer back-to-back Agency of the Year titles at the Cannes Lions. During this time he developed fully integrated campaigns for Audi, HP, Gol Airlines, Volkswagen and Billboard Magazine.

Back in Berlin, from 2013 to 2017 he worked as Creative Director for BBDO and DDB, leading international campaigns for Smart and Volkswagen, respectively.

Since 2018 he's been working at Innocean Berlin as ECD with one clear goal: raise the shop's creative benchmark in Europe. It's been one happy ride, according to him.

Over the past 14 years Ricardo called his Jewish mom countless times to share news about his award achievements. According to her notes, he has won over 400 advertising "trophies", including 20 Cannes Lions and Germany's first Titanium, in 2019, for Reporters Without Borders.

Still, it doesn't make up for not having a diploma.

Comments
"There's one very simple reason I believe this program is extraordinary: I just wish something like this existed back when I was starting, some 15 years ago. Having a "coach" in your early days in the industry is, in many ways, extremely important. Someone you can shoot your most dreadful questions to, or to get honest feedback on a constant basis, is key. 'Because that's all you need at this stage of your career: confidence. Some sort of a creative cane. An older shoulder to rely on. I'm honoured to be someone else's cane."