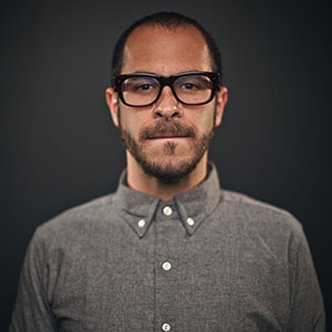 Chief Creative Officer
Hill Holliday
Boston
, United States of America
Icaro is the newly appointed Chief Creative Officer of Hill Holliday, where he is responsible for the creative vision of one of the most legendary agencies in the world.
Prior to Hill Holliday, Icaro was the Global Chief Creative Officer for Havas Health & You, the largest Health focused advertising network in the world, where he worked with over two dozen CCOs in nearly 60 offices around the globe.
While he was there, he led the rebranding of the company and pushed for digitally led, non-traditional ideas that connected with people on an emotional level.
Before Havas, Icaro was the US CCO at Arnold Worldwide, where he completely revitalized the agency’s creative reputation and pushed its work away from traditional TV into big ideas that earned a disproportionate amount of attention. Carl’s Jr., Hardee’s, Sam Adams and Hilton were among the new business wins, which complimented the fact that the agency had its best-ever result at Cannes Lions, D&AD, the One Show and the Effies.
Prior to Arnold, Icaro was the CCO at DDB New York. During his time at DDB, he led the creative department to important new business wins, bringing Heineken, Tecate and Dos Equis, as well as Time Warner Cable to the agency portfolio. DDB New York was the most-awarded DDB within North America during his entire tenure with the agency.
Icaro was also the founding partner and CCO of Wieden+Kennedy São Paulo, where he started the agency at his partner’s kitchen table and led it to a 200-person shop after winning global, regional and local pitches that included Coca-Cola’s FIFA World Cup Global AOR, Heineken, Nike, Diageo, Mondelez, P&G and a handful of Brazilian iconic clients. Through five years of his leadership, Wieden+Kennedy Sao Paulo became one of the most respected agencies in Brazil.
He has led creative work for some of the biggest brands in the world. Coca-Cola, Nike, Old Spice, Heineken, Jack Daniels, Johnson & Johnson, Jeep, HP, Santander Bank, Mondelez, Merck, Sanofi and Progressive Insurance, to name a few.
For seven years, he also worked alongside Hall of Famer and late basketball legend Kobe Bryant on several projects, from Kobe’s 20th year with the NBA to an effort to keep American kids in sports.
Icaro has judged and won all major creativity and effectiveness awards in our industry several times over, being ranked by Ad Age as the most-awarded creative in the world in 2008.