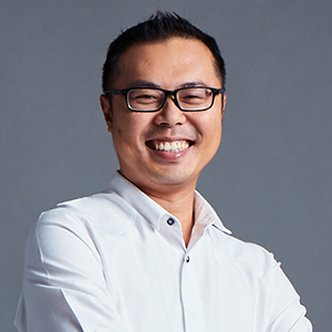 Creative Partner
Muma
Kuala Lumpur
, Malaysia
Having given up my childhood dream of being a palaeontologist, I stumbled upon the world of advertising as a copywriter, and have risen to the rank of Executive Creative Director. And now, I run an independent creative agency, Muma.
Through stints at Grey Worldwide, Leo Burnett, Ogilvy and BBDO, I've helped an array of global and local brands create campaigns of proven effectiveness and creativity across various digital and conventional channels. This includes Nestle, Unilever, PepsiCo, Wyeth, Fonterra, Danone Dumex and Pizza Hut to name a few.
In my career of 21 years, I've been blessed with over 190 awards and shortlists from an array of advertising awards across the globe; from Cannes Lions, the Clio Awards, the One Show, D&AD, Spikes Asia, ADFEST, the Malaysian Kancil Awards and not to mention the Effies.
I've also given out a fair share of awards as a jury member in the local advertising award shows since 2012 and was privileged to be part of the Grand Jury of the New York Festivals 2014, Citra Pariwara Awards 2017 (Jakarta), Ad Stars 2018 (Korea) and the London International Advertising Awards 2018.
As for all the stuff I've learnt about dinosaurs, I never fail to mesmerize my three little boys with that.
Comments
“A rare chance to wander into the unpredictable, fascinating and, sometimes, quirky minds of great creative leaders across the world. Definitely a journey that every young creative should take. You’ll possibly discover gems of inspiration which may just take your career to amazing places.”
It was a pleasure being ‘interrogated’ by three hungry, young and intelligent creatives, Mridu Sahni, Natasha Tayal, and Ting Yu, over the Creative LIAisons mentoring sessions.
Glad to be able to share the many lessons my creative mentors and the industry have thought me:
To do amazing ‘stuff’.
To be discontented.
To do first, and apologise later.
To always punch above your weight.
To put your heart into all that you do.
To give more than you take.
To stay true.
To be nice.
And to have fun.