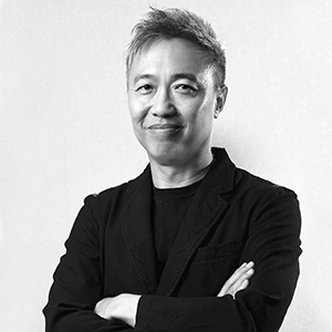 Chairman / Chief Creative Officer
M&C Saatchi aeiou
Shanghai
, China
Over 30 years of experience in advertising and having assumed the posts of Executive Creative Director in several international networks such as Grey China, BBDO Greater China & Ogilvy Shanghai. In 2003, Tony founded aeiou, the pioneer of boutique creative agencies in China. In no time, aeiou rose to become the hottest name in China’s advertising industry.
Tony is one of the 25 creative people to receive the Creative Achievement Award for Asia Pacific Region from the New York Festivals.
In 2013, M&C Saatchi acquired aeiou, changing its company name to M&C Saatchi aeiou, to be responsible for all its business in the Greater China area.
Tony’s design work is collected by the Museum of Modern Art in The United States, and his advertising works have won almost all the international advertising awards.
His work is published by Thames&Hudson London and New York in "CREATIVE ADVERTISING- IDEAS AND TECHNIQUES FROM THE WORLD'S BEST CAMPAIGNS".
He has also served as a judge in many international & domestic advertising awards, participating and serving China International Advertising Festival as Jury President through a consecutive five years from 2014 to 2018 in conjunction with China 4A Creative Award In 2018. From 2017 to 2019 Tony was appointed by London international awards as the only representative from the Greater China Area in the final judging panel for its Design Awards that took place in Las Vegas.
He is also a visiting Professor at Nanjing University and Master Tutor at Zhejiang University.
Comments
“Just when the caterpillar thought the world was over, it become a butterfly.”