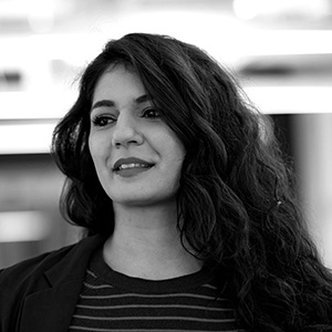 Executive Creative Director
Leo Burnett
Beruit
, Lebanon
Born in Brazil, yet also Lebanese, no matter where she goes, she’s always "the foreigner" in the room.
Natasha started her career in advertising at Leo Burnett Beirut in 2005, to where 15 years later, she has returned to assume the role of Executive Creative Director.
During those 15 years, she’s lived and worked in four different continents passing through the UN WFP in Italy, DM9DDB and Ogilvy in Brazil and The&Partnership in New York. The extensive list of clients she’s worked on range from local and regional brands and NGOs to global clients such as Always, Herbal Essences, Koleston, Pert Plus, DIAGEO, Oral B, Downy, Coca-Cola, Fanta, Schweppes, Galaxo, SC Johnson, Billboard Magazine, KLM, The Wall Street Journal, The Whitney Museum and Hasbro Gaming.
Throughout her career she’s received over 50 global and regional awards, such as Cannes Lions, One Show, D&AD, Epica, Golden Drum, Effies, Dubai Lynx, MENA Crystal and El Ojo. In 2016 she was recognized by Cannes Lion’s See it Be it program as one of the year’s 15 up and coming female creative leaders in the industry, and in 2018 she was selected for Forbes’ She Runs It Gennext Awards and featured in Ad Age’s “40 under 40”.
She’s an advocate at heart and some of the campaigns she’s proudest of, have tackled issues such as adult illiteracy, combating hunger, women’s rights and ageism. Getting to do campaigns that truly, really impact people and their lives, and using communication for good is the reason she still believes in the industry.