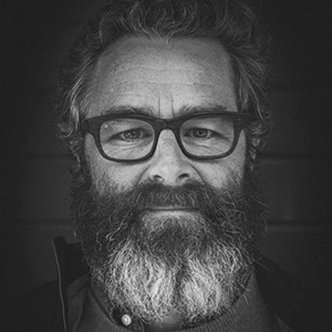 Wilf Sweetland joined Sweetshop in 2011 leading the Australian offices until 2018. Under his leadership Sweetshop Australia won at Cannes Lions, D&AD, Spikes Asia, One Show, AWARD, Clio International, AdFest and CAANZ Axis.
In 2018, Wilf was promoted to Global CEO, overseeing the network’s core operations in Los Angeles, New York, London, Shanghai, Bangkok, Auckland, Sydney and Melbourne. Wilf served as Chair of AWARD, Australasia’s peak body for Commercial Creativity, and has sat on the Board of Directors for The Communications Council (Australia’s peak non-profit industry body representing agencies in the marketing communications sector). A highly regarded Jury member for his focus on creativity, Wilf was Chair of LIA's 2019 Production & Post-Production | Music Video Jury, and has judged at D&AD, Spikes, New York Festivals, AICP and AWARD Awards, among other shows.
In 2015 Wilf’s gigantic heart saw him launch The FireFlies Antipodes, extending the advertising industry-driven charity campaign into Australia and New Zealand for the first time. The gruelling six day / 1000km ride raises money for blood cancer charity, The Snowdome Foundation. Wilf and his team of riders completed their third tour earlier this year, riding across New Zealand’s South Island and to date have raised more than $70,000 USD since 2015.
Comments
“Any program that focuses on skill development and provides a springboard for young creative talent will always have my own and Sweetshop’s support. Ours is an incredibly challenging industry to break into and to succeed in. The more we support young talent to flourish, the more we are going to see benefits in the industry as a whole. Creative LIAisons coaching is so obviously a game-changer, as it gives talent access to three Creative Coaches / Mentors in different job functions from around the globe. That type of well-rounded coaching is an opportunity worth its weight in gold.“