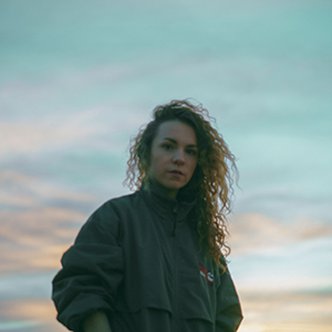 Director
Provoke Pictures
Prague
, Czech Republic
Jay Walker is a young director from the southwest American desert, so insert joke about dry humor here. She grew up acting, first in theatre from the age of 8, then migrated to film acting at age 12. After moving to Los Angeles, she landed roles in commercials, series television and two indie features. Her long-term study and expression of the human condition eventually pushed her from developing characters through performance to writing and directing them. To this day, her favorite aspect of her job is working with talent to build complex and nuanced characters, and her sole aim is to bring powerful storytelling to all of her future projects.
?
Currently based in the Czech Republic, Jay has just completed her Master’s of Fine Arts degree in Cinema Directing at Film and TV School of the Academy of Performing Arts in Prague (FAMU). Alongside her cinema studies, she also learned the Czech language, thus allowing her to work as a freelance director in short films, music videos and commercials in Prague. She is one of very few women working in the Czech commercial market, as well as the only foreigner and one of the youngest.
?
Despite being active in the short form sphere, Jay’s long term goal is long form. She is currently developing a full-length episodic series and a feature film, and considers her short-form career an important drilling period to hone her skills for future longer works.

Jay also works closely with the Prague faction of the Girls in Film platform. With GiF, Jay aids in creating content, promoting visibility of female creators, and is spearheading the development of a domestic mentorship/shadow program for young women coming into the industry as well as workshops for youth and teen creators.
She also believes this bio is her life’s work and would appreciate it if someone would kindly ensure it ends up on her tombstone.