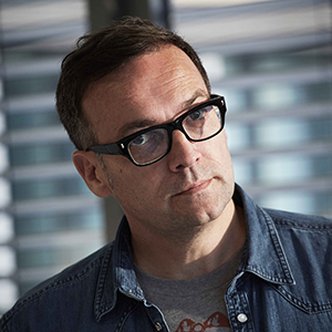 Dr. Stephan Vogel is CCO of Ogilvy EMEA and Creative Chairman of Ogilvy Germany, responsible for more than 50 offices.
He joined Ogilvy in Frankfurt as a copywriter in 1997 and has been a member of the Worldwide Creative Council, the top creative board of Ogilvy & Mather Worldwide, since 2011. In February 2019 he was appointed to the Worldwide Executive Leadership Team of the Ogilvy Group. Since 2009 he has led the creative teams as Chief Creative Officer across the German offices in Frankfurt, Duesseldorf and Berlin.
He is a member of the ADC, since 2008 a member of the ADC council and was from 2012 until 2018 ADC President. He has sat on the juries of LIA, Cannes Lions, D&AD, Clio, New York Festivals, ADC, ADC of Europe, Epica and The One Show. He has won hundreds of international awards, including LIA, D&AD, Clio and One Show; and in Cannes alone, more than 60 lions. Vogel completed his doctorate in Mannheim and Munich with a scholarship of the Foundation for the Highly Gifted. Psychology and theory of science were his fields of research. He has published books on “Envy” and "The Psychology of Emotion: Blueprint for an Exact Science of Feelings.”