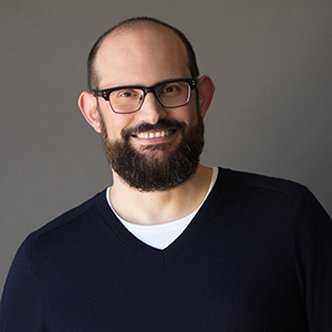 Co-Founder, Principal / CCO
Plot Twist Creativity
Dallas
, United States of America
Christopher Smith is Co-founder, Principal, and Chief Creative Officer at Plot Twist Creativity in Dallas, Texas. In his 26 years in advertising, Chris has written for Motel 6, H-E-B, Central Market, Famous Footwear, Zales, Amstel Light, BMW, 7-Eleven, and dozens more. His work has earned shiny paperweights from the ad industry’s most prestigious award shows, including a record ten Radio Mercury Awards and 32 London International Awards, and has been featured in Communication Arts, Advertising Age, The Wall Street Journal, The New York Times, and more. In 2015 he was named to Adweek’s Creative 100: America's Most Inventive Talent in Marketing, Media and Tech.
A frequent advertising judge, lecturer, and educator, Chris also moonlights as an improv and standup comedian, emcee, and voice actor. He has co-authored three books of trivia and is a two-time Jeopardy! champion, an avid cook, voracious reader, enthusiastic, but infrequent cyclist, and passionate collector (and imbiber) of single-malt scotch. A native of upstate New York and graduate of Penn State, he lives in Dallas with his wife Heather and their daughter and twin sons, all teenagers (hence the scotch).

Comments
“I think the biggest value of LIAisons coaching sessions is that young creatives will see that successful ideas and successful careers have something big in common: there isn’t ‘one right way’ to do either. Every coach took a path unique to him or her to get where they are, and I think that’s inspiring.”