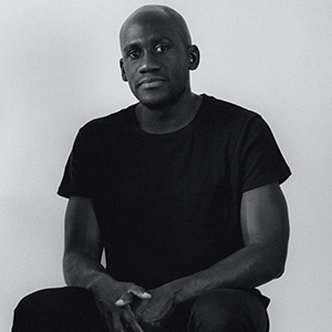 Co-Founder
Kin
Brooklyn
, United States of America
Kwame Taylor-Hayford is a Co-Founder of Kin, a company using creativity, innovation and purpose to unleash business and culture as forces for good.
Prior to launching Kin, Kwame was Managing Director of Brand Development at Chobani. There he was responsible for designing, building and leading a cutting-edge in-house creative discipline that generated demand and grew the brand through advertising, digital innovation, creative partnerships and experiential. His team was named 2019 In-House Agency of the Year by Advertising Age and, citing the creative work on the brand, Fast Company included Chobani on its Most Innovative Companies list three years in a row. Chobani’s creative work  has been honored with numerous accolades and awards by leading industry organizations Graphis, Dieline, TDC, ADC, One Show, Clio and Cannes.
Prior to joining Chobani in 2016, Kwame was a Partner at Sid Lee New York, where he led clients including Apple, Facebook, Stella Artois and Intel on creative production, experiential and technology. Prior to Sid Lee, Kwame led integrated production teams for Anomaly and Saatchi & Saatchi in New York on global projects for NIke, Budweiser, Renaissance Hotels, Captain Morgan, General Mills and JCPenney. He also worked at Media Arts Lab in Los Angeles on global campaigns for Apple and at Y&RVML in New York on projects for Accenture and Xerox.
Notable projects over Kwame’s career include the Chobani Rebrand; selected as one of the best rebrands in 2017 by Brand New, Uniqlo Recipe; selected as one of the Best Apps of 2013 by Apple, Intel Heartbot; an innovative data visualization robot, and Stella Artois Le Savoir; a global culinary experiential platform in New York, Buenos Aires, Montreal and Seoul with a Music Video You Can Taste featuring The Roots. Kwame also worked on Apple’s Mac vs. PC campaign; selected as Adweek's Campaign of the Decade in 2011.
Kwame is on Adage’s 40 Under 40 list in 2020. He is a founding member of the NYC Mayor’s Creative Council, and an inductee into the American Advertising Federation’s 2019 Hall of Achievement. Kwame has served as a Jury President for D&AD, AICP Next and has been on awards juries for D&AD, ADC, EFFIE, Cresta, The Drum and the FWA. He has also spoken at industry conferences including the 3% Conference, Advertising Week, Promax BDA and One Club Creative Summit. Kwame is a founding member of the NYC Mayor’s Creative Council and an inductee into the 2019 American Advertising Federation Hall of Achievement.
Kwame is also a Co-Founder at SATURDAY MORNING, a not-for-profit organization that bring awareness to and shift perceptions on racial bias and injustice. Notable projects include EMMY nominated The Look for P&G, Spotify’s Black History is Happening Now and Peace Briefs, winner of a Silver Lion at Cannes.
Kwame co-owns August Market, a design led company for the socially, culturally and environmentally conscious. Selected as the Best New Clothing Boutique in Western New York by Buffalo Spree, the brand list includes iconic designers Rachel Comey, Caren Callahan, No. 6, Aesop, Madison Louise Marie and Hawkins New York.