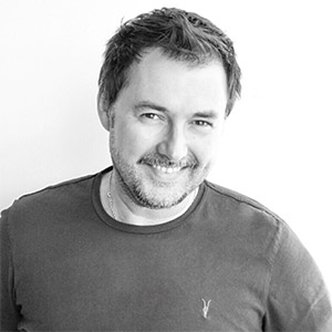 Partner / Composer / Creative Director
The Elements Music
Los Angeles
, United States of America
Award-Winning British composer, producer, sound designer, and DJ, Dan Bewick began his career as one half of the multi-platinum selling group, The Dirty Rotten Scoundrels, and throughout his career has produced numerous club and crossover hits accruing sales in the millions worldwide.
Having always had a passion for writing bespoke music to picture, he easily turned the skills he acquired whilst making records toward creating award-winning scores and sound design for feature films, computer games, and commercials.
Dan met his Elements Music partner, Andy Carroll, in 2011 and worked with him forming the bespoke music and sound design company Atom Audio Productions. This union led to a successful collaboration and, in 2015, a partnership with the US company, The Elements Music, where he is now Partner and Creative Director living in Los Angeles and working from the company’s studios in Santa Monica.
Since the move to the US, Dan has been prolific in the volume and quality of music and sound design he’s written and produced for brands like Porsche, Audi, John Lewis, Toyota, Miller Lite and Disney, his music again crossing over into the mainstream commercial world with over 40 million YouTube views of ‘This is a phone’, an original track scored for Samsung Galaxy with hundreds of threads of people literally asking ‘Where can I get that track?’.
As a partner, he’s busy producing projects across the board to include recording name artists and musicians for promos for leading TV networks such as NBC and Universal on award-winning shows ‘The Voice’, ‘Brooklyn99’, and Super Bowl campaigns.
He’s brilliantly gregarious and extremely hard-working, with a relentless attitude to writing the best music and sound he can for every project. He’s the guy you want on your team to get it over the line every time.