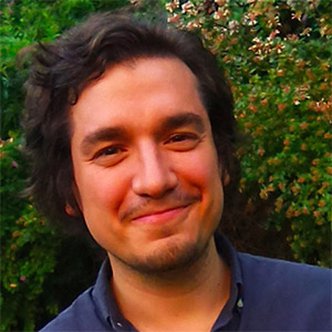 Regional Creative Director
Commonwealth//McCann
Buenos Aires
, Argentina
My name is Federico Zamponi. I'm a Creative Director, born and raised in Buenos Aires, while also holding Italian citizenship in Milan.
I started my advertising career 14 years ago at the mythic Agulla & Bacetti agency (ranked as the fourth-best in the world by the Gunn Report).

Afterwards, I went to work for Ogilvy & Mather for four years, with Hernán Ibarra and Lucas Panizza. I later worked with Gastón Bigio (Partner and Founder of David), focusing on regional projects for Coca-Cola.

In 2007, I moved to El Cielo, a boutique agency (founded by Agulla & Baccetti), where I focused on regional accounts such as Cartoon Network and Sony Entertainment Television.

In 2008, Rodrigo Grau (Creative Vice President at David Sao Pablo) and Ramiro Rodríguez Cohen invited me to join the new team at BBDO Argentina. At BBDO, I was challenged to do some ground-breaking, innovative work, which created "The Immortal Revenge" campaign for Paso de Los Toros (a leading Pepsico soda). The campaign won several awards and had a prestigious mention in "No Apple Book" Top 100 Innovators (curated by Cream), among other recognitions. Under the same spirit and concept, we followed up with the "Museum of Broken Relationships," a campaign for Valentine's Day, where participants could donate gifts from prior relationships to a museum. During my time at BBDO, I also worked for the' divisionPepsiCo Snacks', division (Lays, Lays Restó, Twistos, and Cheetos Pop Korn), Nike and Smart.

In 2010, I was invited by Nicolás Pimentel (co-founder of +Castro) to participate in the Lays Global Workshop held in Paris, which allowed me to develop a new global concept for the Lays brand.

In 2012, I moved to FCB Argentina to work with Javier Campopiano (Chief Creative Officer at Grey Europe / Creative Chairman at Grey London). As Creative Director, I was responsible for leading senior teams on several consumer international brands such as Oreo, Club Social, Chips Ahoy, Nivea, Chrysler, Jeep, Dodge, JVC Pioneer. That same year, FCB received the most significant number of awards of any Argentine agency in Cannes Lions.

From 2012 until 2014, I taught Creative Conceptualization at Brother Ad School in Buenos Aires, where I mentored students and showed them how to develop ad campaigns. It proved to be a genuinely personally rewarding experience.

During 2015, I was named Executive Creative Director at DDB Colombia, where I worked on international assignments.

In 2016, I managed the creative work at Human Full Agency in Buenos Aires for Moët & Chandon (LVMH), Air New Zealand and Coca Cola products, to name a few. My creative input is also leveraged regionally for the prestigious British car brand MG, managed by Human -Full Agency- in Chile.

During 2017 and 2018, as Freelance Creative Director, I worked for Fox Entertainment Group Latin America and Accenture Interactive, among others.

Later on, I have been working as Creative Director for the global hub of Nespresso at McCann Milan, where I was responsible for the creativity and execution of integrated global campaigns that span 77 markets.
Currently based in Buenos Aires, I am working as Regional Creative Director of Commonwealth//McCann, an award-winning global advertising agency founded as a division of McCann WorldGroup to manage General Motors business across the world.