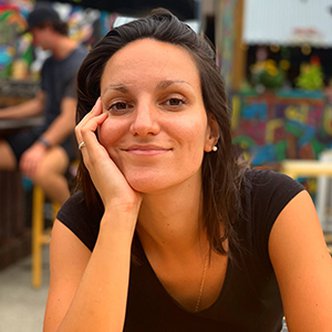 Creative Director & Brand Strategist
Independent
Brooklyn
, United States of America
Daniela is a creative world trotter. Originally from Uruguay, she started her career in McCann Montevideo as a Creative Copywriter where she learned the craft of writing and the power of storytelling. Her curiosity and daring spirit took her to Ho Chi Minh City, where her career took off working for Phibious, one of the top regional agencies.
After a successful tenure in Asia, in order to better understand the industry and its consumers, she followed her book-worm intuition and decided to pursue her Masters in Communications and Media in Stockholm. Her field work on user’s perception of the Netflix algorithm was recognized at the Association of Internet Researchers and will soon be part of the upcoming book “Netflix at the Nexus”.
Her obsession and food passion for Asia made her return to that beautiful part of the world as an Associate Creative Director for Ogilvy Singapore. After a year and a half, she decided to embrace other opportunites in Orchid Creation, as a Group Creative Director for this international ideas incubator based in New York City, working for A-list clients such as Google, Coca-Cola, Ubisoft and Benefit Cosmetics. She is currently freelancing for McCann Health New York, leading all-things-Spanish efforts for AstraZeneca’s asthma biologic for the US Hispanic market.
Her work has been recognized in Cannes Lions, Campaign Asia, Effie Awards, Camara de Anunciantes del Uruguay and much more.
When Daniela is not working, she dances swing and practices kickboxing, advocates for women’s representation in the industry, teaches as a guest lecturer back home and loves catching up with friends over dinner. You can find her obsessively writing in a Brooklyn cafe, blogging about her travels.

Comments
“I was delighted to meet all these talented mentees. I am certain these kinds of platforms are more than necessary to put on the spotlight these unsung creatives that will shift the industry, certainly way sooner than later.
Thank you very much for considering me for this opportunity to coach - it was extremely rewarding and please count me in for whatever LIA needs in the near future.”