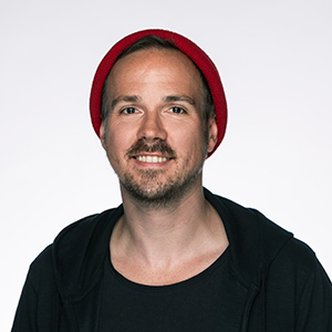 CCO
Grabarz & Partner
Hamburg
, Germany
Felix studied Communication Design only to realize that copywriting is so much more fun. After three years in the Austrian out-back he worked at creative hotspots, Jung von Matt and Scholz & Friends before joining international network Ogilvy & Mather as Executive Creative Director. ?
He created the most awarded campaign for Ogilvy Germany ever and helped Ogilvy win Cannes Lions Network of the year two times in a row.
Since 2018 he has been in the role of Managing Director / Creative at Hamburg based independent agency Grabarz & Partner and creative lead of the innovation hub Grabarz JMP Space in Berlin.
Ranked amongst the Top 100 people in marketing by ad magazine W&V in 2018, Felix believes in the power of creativity. Not only as the key to great and relevant work, but also as one of the most important human factors for all challenges in a world of technology. With storytelling strongly embedded in his creative DNA, Felix loves to use technology as a language to create not stories, but experiences.
Felix worked for clients: BURGER KING, Coca-Cola, Mercedes-Benz, General Electric, Decathlon, Media Markt and OBI - and has been awarded at Cannes Lions, CLIO, D&AD, NY Festivals, ONE Show, EUROBEST, EFFI and more.

Comments
Mentees:
Ruxandra Drilea, Senior Copywriter, Publicis Italy, Milan
Nicolás Pérez, Creative Director / Copywriter, Berlín SCL, Santiago
Conor Cunniffe, Copywriter, Rothco, Dublin
Reflections from Creative Coaching
The one thing I love most about our industry is the people. So when I got the opportunity to be part of the Creative LIAisons coaching program I didn't hesitate one second. Based on the talents we at Grabarz & Partner usually send to the Creative LIAisons, I already knew that the standard of my mentees would be very good. And still my high expectations were outdone.

Rux, Nico, Conor – you are amazing! I enjoyed talking to you so much and getting your view on creativity, advertising, our industry and the chances and challenges ahead. I'm more than happy if I could help you with my experience and my advice and I wish you all the best for your next steps. Let's stay in contact!

Meeting and having discussions with these extraordinary young creatives from different countries and backgrounds was such a great experience. The passion, the humor, the creativity, the knowledge and the wide range of experiences I encountered in each of them were so inspiring. Happy to have such great talent in our industry!
I'm looking forward to seeing their next projects out there and in the award shows around the world.