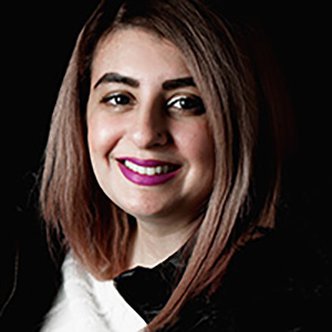 In a world of shrinking attention-spans, the future of creativity will be built by waging war on mediocrity; and that’s Hira’s vision. Named as one of Ad Age’s 40 under 40 and #21 most awarded creative director by The Drum’s World Creative Rankings in 2020, and Campaign Asia’s Women to Watch in 2021, Hira Mohibullah currently works as an Executive Creative Director and prides herself upon creating insightful campaigns that have gone big with little or no media budgets, winning her more than 200 International Advertising Awards including Cannes Lions, Clios, D&AD and more. Her most notable campaigns are UNWomen's #BridalUniform (#56 on WARC100) and #BeatMe (Gunn Top 100 Campaigns of 2017).

Hira is a Cannes Lions See It Be It alumni, Campaign Asia’s Women Leading Change Honoree, a TEDx speaker and has served on prestigious juries such as Cannes Lions, D&AD, Clio, Ad Age, Gerety, NYF, Young Guns, and more. A mother of two, she helped set up a day-care room at two of her previous workplaces, enabling more mothers to join the workforce.

It was wonderful meeting Chloe and Ynna. They both came prepared with questions so the discussion was very focused. It's always nice meeting younger talent - I feel like it's such a big re-learning experience to see the industry with a fresh set of eyes!