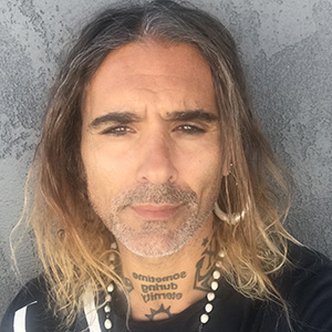 Group Creative Director
Wunderman Thompson New York
New York
, United States of America
Simone’s international career began in 2003, during his time at Leo Burnett in Milan, where he was assigned to work on McDonald’s global campaign “I’m Lovin’ it”. Simone wrote rap lyrics in both Italian and English, and then flew to Los Angeles to record a series of music commercials at the Record Plant Studio in Hollywood. After being chosen as one of the 12 best creatives in the world by the Clio Awards in Miami, in 2005 he was hired by Jung Von Matt in Hamburg as senior copywriter. There, he joined an international creative team called Jung Von Matt/9. In 2006, TBWA\Chiat\Day NY knocked on his door and invited him to the Big Apple. They sponsored him on an O-1 Visa and hired him as Global Creative Director. Thus began his adventure in the network that he ventured within until 2009, between the TBWA offices of New York, London and Los Angeles. After an intermission of freelance work on an international level, Simone moved to San Diego where he created television commercials and events for ASICS. In 2014 he moved to San Francisco after he was personally hired by Chuck McBride as the Creative Director of Cutwater. During his time at former TBWA San Francisco shop, he led the creative work on the Google and Ubisoft accounts. In 2015 AKQA San Francisco offered him the opportunity to become Activision’s Creative Director. His work for the launch of the new “Infinite Warfare” campaign in the Call of Duty saga earned him the Gold Lion in the Cyber category at Cannes in 2017. From that point on, Simone began freelancing and providing creative consulting at a global level, working for various companies such as LinkedIn in San Francisco, Byton in Shanghai and Zurich University of the Arts in Hong Kong, The Many in Los Angeles, and most recently R/GA in New York. His passion for creativity drives him to share his learnings with students, either through lectures at Miami Ad School or LMU in Los Aneles or mentoring the next generation of creatives at San Francisco Portfolio School and One Show. Simone is the creator and host of TRANSATLANTIC, a video podcast with a lot of water in it, whose 54 episodes features the participation of some of the biggest names in the advertising business, from Rob Reilly to Sir John Hegarty, from Bozoma Saint John to Cindy Gallop.