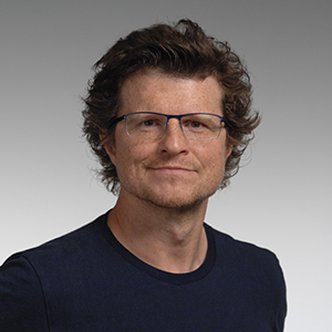 Global President, Creative Platforms & Solutions
GroupM
New York
, United States of America
Deeply passionate about storytelling and its role in transforming creative departments, Taras Wayner is the Global President, Creative Platforms & Solutions for GroupM. As a member of GroupM’s Global Leadership Team, he is tasked with, along with Vin Farrell, “shortening the distance between thinking and making” by better connecting media with creative and data to change the definition of creativity.

As GroupM deepens its collaboration with creative agencies, Taras and Vin will lead the process of bringing media and creative aspects of the business closer together on shared client opportunities and pursuits to increase the relevance and performance of advertising.

Prior to joining GroupM, Taras was Wunderman Thompson’s North America as Chief Creative Officer, where he was responsible for the agency’s overall creative output. He set the creative vision for how a modern agency must be built and its disciplines collaborate to succeed, including technology, design, media, strategy and storytelling.

Before his time at Wunderman Thompson, Taras was Chief Creative Officer of Saatchi & Saatchi, where he focused on transforming storied brand like Tide and Olay. He also had previous stops as CCO of R/GA North American, as well as creating memorable work for brands including Fox, Coca Cola, Samsung and the NFL. His work for the NFL - featuring actor Don Cheadle - created a major shift in how the NFL markets itself and generated record ratings, leading to the work being named one of the top 20 Super Bowl commercials of all time by Ad Age. His work for Fox Sports was honored with a Grand Prix at Cannes for film and included in the Clio Hall of Fame.

Taras has served as judge for London International awards, the Clio awards, Art Director Club and the Cannes Young Lions. He sits on the creative council of the Ad Council as well as Clear Channel and iHeartMedia and enjoys returning to his alma mater Syracuse University to help shape a next generation of modern storytellers.