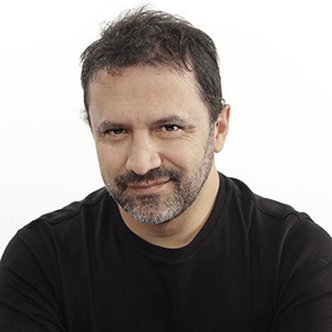 CEO / Chief Creative Officer
DDB Colombia Group
Bogotá
, Colombia
John Forero is current CEO & CCO of DDB Colombia Group. Throughout his career, he has been Chief Creative Officer of Ogilvy Latin America, member of the World Creative Board of Ogilvy and Global Creative Leader of The Coca Cola Company account. He has also been Regional Creative Director for Kimberly Clark, Creative Director for Pfizer Latin America and Global Project Leader for the Milo Nestlé brand.

Throughout his career, he has been a speaker in more than 10 countries and a juror at the most important advertising festivals worldwide and regionally such as London International Awards (LIA), Cannes Lions, One Show, Clio, New York Festival, El Ojo de Iberoamérica, El Sol, Fiap, Wave and Effie Latam .
As President of DDB Colombia, he led the team to be the Agency of the Year at Effie Latam for the first time in its history in 2021.

Throughout his career he has won 45 Lions at Cannes, including the Grand Prix, as well as the Grand Clio, the World's Most Innovative Agency according to Cannes Lions, Agency of the Year in El Sol, and has been named as the best Creative Director in Colombia and one of the 10 best Creative Directors on the Continent for 9 years at El Ojo de Iberoamérica, the most important creative festival of the region.