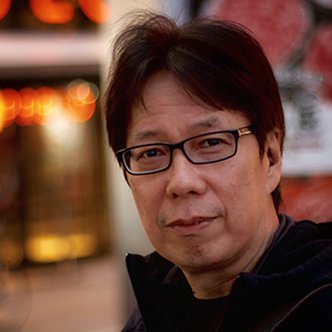 Founder & Chief Creative Officer
DIFF CREATIVE CONSULTANTS
Kuala Lumpur
, Malaysia
Ted Lim is one of Asia’s most respected creative leaders. The former Regional Chief Creative Officer at Dentsu Asia-Pacific, Chief Creative Officer at Leo Burnett Singapore and Executive Creative Director at Naga DDB Malaysia, worked from China to Australia to produce Innovative Business Solutions in the digital, social and experiential space that gets people to stop, stare and share. Work that is different and makes a difference from engagement to transaction.

He believes, “We’re in the business formerly known as advertising” and marketing in the experience economy has to move people to move business. “Data tells us where the customer is. Media gets us there. What we do when we are face-to-face with the customer, that’s creative.”

His integrated campaign for Toyota got millions of views and TIME magazine’s attention, “This Toyota ad is utterly insane – and wonderful”. Other global brands he has worked on include Coca-Cola, IKEA, BMW, Dulux, Prudential, Adidas, Samsung and Singapore Airlines.

Ted was Cannes Lions Jury President and honoured by AdWeek as one of 13 global creative leaders whose ideas advanced advertising worldwide. He spoke at the World Knowledge Forum in Seoul, talked about “Simple Truths” at the P&G Asia Brand Managers College in Singapore and shared his thoughts on “When Data Meets Creativity” in Cannes.

Under his watch, Dentsu Asia-Pacific won the D&AD Black Pencil, the Cannes Lions Grand Prix, The One Show Best of Discipline, the Facebook Award for Innovation and the Asia-Pacific Effie Gold Award. The network was crowned Campaign Brief Asia’s Most Creative Network 2017 and 2018 and AdFest Network Of The Year 2017, 2018 and 2019.

Ted Lim is a now a creative consultant to a tech start-up in the US, works with businesses, ad agencies and media owners, speaks at creative and marketing conferences and mentors business leaders and creative talents across multiple sectors and markets.