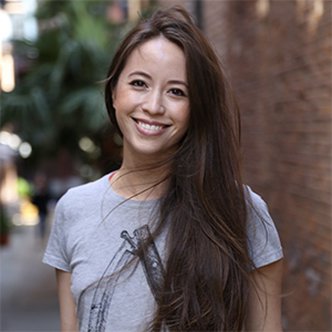 Global Executive Creative Director
Weber Shandwick
New York
, United States of America
Angela is a global creative leader for Weber Shandwick, driving award-winning creative work across North America and Europe. A California native who hangs her hat in Chicago, Angela is a true digital nomad, who in simpler times could be found traveling more often than not.

Angela’s client work dwells in the intersections between consumer behavior, technology, sustainability, and policy. She spearheads creative ideation and campaign development for a range of clients across industries — including Airbnb, McDonald’s, IKEA, IBM, Columbia Sportswear, and Sony. Angela is proud to be an active member of the agency’s diversity and inclusion leadership team, and to helm a divergent group of thinkers, writers, art directors, producers, and editors.

Angela and her partner Margaux Pepper won the Cannes Young Lions PR competition in North America and were shortlisted in the global competition. Her team’s work has been recognized by Cannes Lions, One Show, The Webby’s, Ad Age, Adweek, the Shorty awards, the PRWeek awards, and the SABRE awards. She also regularly serves on creative juries, including the New York Festival Advertising Awards, SABRE Awards, and CLIO Awards.

Angela started her career in entertainment, working as a P.A. on The Simpsons and writing script coverage for feature films at New Line Cinema. Her work outside of work has been published in Mindful, Saveur, and The North American Review.