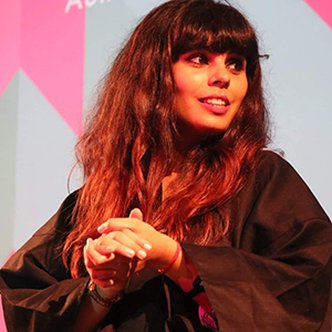 Umma's journey in advertising began right after college and over a decade later she is one of the most celebrated creative leaders in the world.

She is ranked the No.1 Creative Director in India by Campaign Brief Asia. And No.10 in the world by the Big Won Report - One of the only two women on the list and the first Indian woman to have made it there.
Umma has done stellar work across diverse categories. She has worked on some of the most iconic campaigns of our times for brands like Google, Vodafone, P&G, Johnson's, Future Group, and many more.
Her driving force is authentic, impactful work. She’s brought in various firsts for the country. Her intensive awards tally includes the inaugural Gold Glass Lion amidst many more lions at Cannes, India's first D&AD Impact White Pencil amidst more pencils, the Creative Effectiveness Grand Prix at Spikes, and wins at every local and international award in the world over the years.
She is also a regular mentor, speaker and jury at various national and international advertising, brand and creativity forums. Including being a speaker at Cannes Lions.

Umma believes creativity can be a force that can affect culture and create change - for brands, consumers and the world.