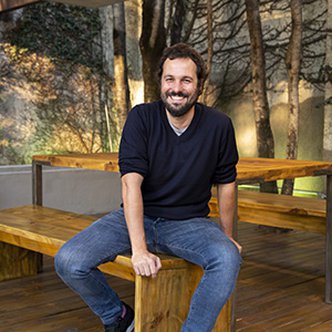 Chief Creative Officer
MRM Worldwide Spain
Madrid
, Spain
Felix comes from Ogilvy Brasil (where he held the same position), one of the biggest and most recognized agencies in Latin America.

He arrived in Brazil in mid 2015, and now he’s the only foreigner to lead an agency in the iconic Brazilian market.

He loves storytelling no matter the format, media or technology, connecting bold brands to big ideas.
Throughout his career he has won numerous awards and distinctions in every major advertising festival such as One Show, D&AD, Effie Spain, Brazil and Latam, El Sol, Club de Creativos of spain, El Ojo, Eurobest, comm arts, and he`s won more than 30 lions at Cannes Lions festival.

He was a speaker at Cannes Lions in 2014, and also in 2018 for the glass lions category. He has also been part of several prestigious juries worldwide including Cannes Lions 2019, One Show 2020, D&AA 2021, Club de Creativos of Spain 2018, where he was the president of the jury, El Sol, El Ojo, Eurobest, Wave, Golden Drum, Profissionais do Ano, amongst others.

Prior to Ogilvy, Félix was the creative lead of Contrapunto/BBDO, a renowned award winning agency within the Spanish market.

During his career, he has been involved in countless new business projects, having a strong performance in winning projects both in spain and Brazil.

In 2017, Felix was recognized as one of Ogilvy's 100 most outstanding people at a global level and he has been named 2018 advertising professional of the year by São Paulo Colunistas award.