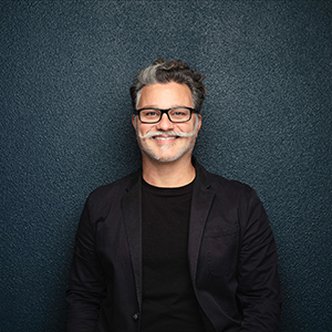 During his time at Publicis Spain, he was honoured with a BLACK PENCIL at D&AD 2020. And in 180LA, he was honoured with the Grand Prix for Good in 2016, and two other Grand Prix and a Titanium Lion in 2017. As a former CD at Pereira O’Dell SF and CD of Special Projects at Ogilvy Brazil, Eduardo has worked at traditional advertising agencies in addition to digital and content agencies, developing a best-practices for creating break-through, integrated creative during his 26-year career.
Eduardo has judged numerous awards festivals, including The 3%/One Club Next Creative Leaders, The One Show 2x, NY Festivals, Clio Awards, Golden Drum (President), Loeries (President), Red Apple (President), AICP, KIAF, Vólcan, Google Creative Sandbox (Brazil), El Sol, CCSP (Creative Club of Sao Paulo), Premio Abril (Brazil), JADE (Central America), APAP (Peru) and CCMG (Creative Club of Minas Gerais). He also has a passion for going around the world for speeches, teaching, and learning a lot more.

He is Brazilian, but don’t ask him to play soccer or dance samba. Instead, ask him to prepare and drink some Caipirinhas.