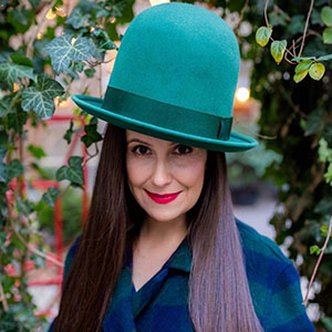 Woman to Watch in 2022 on the Forbes Women Power Rising List (Poland). Heroine of the "Women of Success" series in the Vogue Poland magazine. In just a year, she built a PR agency from scratch, which became TOP5 PR Agency in Poland and a hub for the CEE region.

Zofia is an expert with nearly 20 years of experience in communications consulting, strategy development and the implementation of PR and marketing projects. She is an award-winning public relations practitioner with over 20 awards and recognitions, including the 2015 and 2019 Eastern Europe Consultancy of the Year, EFFIE, IPRA, SABRE, and European Excellence Awards. She has also served as a juror at almost all creative competitions in the CEE region and several other festivals like Dubai Lynx (The United Arab Emirates), The Davos Digital Award (Switzerland), Golden Drum (Slovenia), Cristal Festival (France).

For a decade, Zofia held several managerial positions at Publicis Groupe – she was a Managing Director of MSL and was then put in charge of the company’s business development in the CEE. She opened offices in the Czech Republic and Turkey and integrated teams in Romania, Bulgaria, and Slovenia. Zofia’s professional experience also includes working for global agencies - Edelman and Havas. Based on her extensive experience, she decided to set up her own company. After three months, her startup entered the global SEC Newgate network. In just 12 months, her agency became the fifth largest PR company in Poland and an important hub on the CEE markets.

As a female leader she strives to support women and minorities in both their professional and personal development. Zofia is a mentor of the Women Leadership in Business Foundation and as an activist she has been working for the foundation for many years.

She loves art, the opera and cultural travelling and she is actively involved in helping to bridge the gap between art and business.