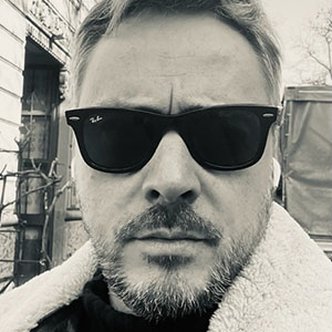 Chief Creative Officer
VMLY&R Italy
Milan
, Italy
Francesco joined Y&R, now VMLY&R, in 2018 and currently is the CCO at VMLY&R Italy. He is leading a team of almost 80 creative talents, working in the Milan and Rome agencies. In the last months his innovative creative vision has contributed to winning new relevant assignments such as the global launch of ITA Airways-the new Italian flagship carrier, Breil-the leader brand in watches and accessories market, and the home furniture retailer Conforama. He has also supported the organic growth with social responsibility projects for Danone and several global integrated projects for the coffee brand Lavazza, handled from the Milan hub for 25+ countries. Last but not least to mention the multi-award winner campaign Rockin’ Mamas for Rolling Stone Italia, which won a Grand Prix in Film Craft/Direction at Eurobest Award 2021, another Grand Prix in Film at Dubai Lynx and a number of prizes at ADCI – Art Directors Club of Italy.

When VMLY&R invited Francesco to join the agency, he was working since 2014 in Germany, Stuttgart, in the prestigious creative agency Jung von Matt, where he was in charge of the International new business as Creative Director.

Previously, he was Creative Director at 1861United in Italy, nowadays Grey.

During 20+ years in the advertising business, he has joined 3 mega corporations, Interpublic, Omnicom, WPP and 2 independent networks. Met great Maestros on his way, and incomparable working partners. He also won several awards in national and international festivals, such as Eurobest, Effie, Epica, New York Festival, Gerety, ADCI, to name a few.

He thinks advertising should make people laugh, at least smile. Or make people cry, very hard. Nothing in between.