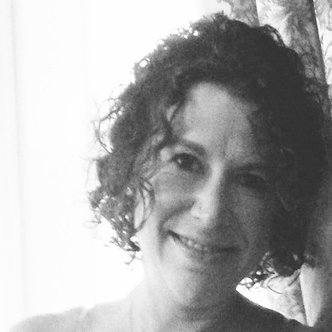 Faith Wall is a seasoned licensing executive with 20 years of experience in business development for a multitude of consumer oriented industries. For the past three years, Faith has assisted established brands and budding entrepreneurs in building their businesses as the Head of Licensing and Retail Development at Shark Branding.

Ms. Wall began her career in product development for Hannah Barbara working on stalwart cartoon properties including The Flintstones, Yogi Bear and The Jetsons. There, Faith learned the inner workings of the licensing industry and built a strong network across the manufacturing, distribution, and finance industries. Moving into licensing sales at Quality Family Entertainment, Faith was responsible for all licensing deals and product development for Thomas the Tank Engine, executing agreements in apparel, HBA, stationery, party goods and domestic categories. Moving to the non-character space, Wall oversaw licensing at Equity Management, negotiating and facilitating multiple deals for Chevrolet, Waterford Crystal and Nabisco. After her tenure at Equity, Faith returned to the character licensing domain, heading up the licensing program for 4 Kids Entertainment, securing over 50 licensees for Pokémon and WCW in soft lines which exceeded sales of $1 billion at retail.

Expanding into fashion as VP of Licensing for Steve Madden, Faith architected and implemented a new licensing-driven direction for the brand, overhauling the designer’s licensing agreements to maximize profitability and productivity. At Skechers USA, she oversaw the brand’s domestic and international licensing division in apparel, outerwear, hosiery and watches.  She secured the first licensing acquisition in the company’s history for Marc Ecko footwear.

After her time working in fashion licensing, Ms. Wall held a number of senior leadership roles with some of the biggest names in the licensing entertainment industry. She served as Executive VP for Licensing and Business Development at both Longstreet/Silvergoose and InGroup, managing more than 15 apparel, luggage, and accessories licenses. In addition, she worked for Charles Koppelman managing new client opportunities in the consumer products space.

As the Head of Licensing and Retail Development at Shark Branding, Faith is affectionately known as Daymond John’s go-to “licensing girl.”  She can readily close deals for Shark Branding’s clients with her vast array of industry contacts in the pet, toy and fashion industries. Faith regularly accompanies Mr. John to the “Shark Tank” filmings and has become an invaluable resource for evaluating potential investment opportunities. Additionally, she is responsible for developing and implementing strategies to ensure the success of the entrepreneurs’ products.