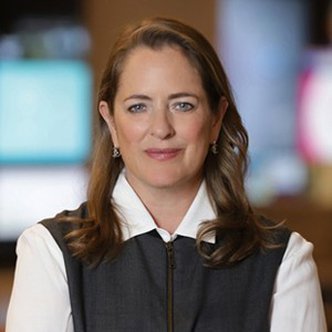 As FCB’s Global Chief Creative Officer, Susan Credle heads up the agency’s creative product and reputation. She is one of the industry’s leading creatives and an important voice representing women.

Named one of Ad Age’s “100 Most Influential Women,” Susan has shaped the industry over her more than 30-year career with trailblazing creative ideas, spearheading some of advertising’s most memorable hits – such as M&M’S “Human” and Allstate’s “Mayhem” campaigns. In 2017, Susan was named a Matrix honoree by New York Women in Communications – for being a remarkable leader who is helping to connect the world – and was celebrated as one of the 4A’s “100 People Who Make Advertising Great.”

Selected as one of Adweek’s “Women Who Are Disrupting the Status Quo and Championing Gender Diversity in Advertising and Tech” in 2017, Susan supports the Free The Bid movement as part of an effort to amplify female leadership on a global scale. When Susan first joined FCB Global as CCO in 2016, she set another industry precedent: becoming one of the first women to hold a top-ranking global creative position, and inspiring many more women to follow suit.

Susan began her career at BBDO/NY, where she rose from “bathroom-break girl” for the agency’s receptionists to EVP, Executive Creative Director. There, Susan – with her partner, Steve Rutter – reinvented the iconic M&M’S characters, helped turn Cingular Wireless from a small challenger brand into a category leader, and created other consistently award-winning work for such clients as Bank of America, FedEx, Gillette, Lowe’s, PepsiCo, Pizza Hut and Visa.

In 2009, Susan joined Leo Burnett USA as CCO, where she spearheaded a creative renaissance. She raised the bar for the work and nurtured a collaborative environment that produced some of the agency’s most memorable campaigns in years, starting with the multimedia Allstate “Mayhem” campaign. For Esurance, the first ad after the broadcast of Super Bowl XLVIII proved the perfect place to launch the #EsuranceSave30 Twitter campaign and bring national attention to “Insurance for the Modern World.” The Chicago Tribune called it the “unofficial Big Idea” of the game. And Susan is always looking for purpose-driven ideas for brands like Secret’s anti-bullying initiative, “Mean Stinks,” which continues to make a difference in young girls’ lives.

Currently, Susan is a member of the AAF Hall of Achievement Committee and Facebook Creative Council, and serves on the Boards of The University of North Carolina’s School of Journalism and Media, The VCU Brand Center, The One Club, The 4A’s and The Foundation for Exxcellence in Women’s Health, and is a Team Chair of the Ad Council Campaign Review Committee. The industry at large has recognized Susan’s contributions to the advertising world with honors including Business Insider’s “Most Creative Women in Advertising,” inductions into the AAF’s Hall of Achievement and The North Carolina Advertising Hall of Fame, CAF’s Chicago Ad Woman of the Year in 2013, Cannes Lions Jury President in 2014 and 2018 of the Activation/Promo Lions and Direct Lions, respectively, and a 2018 Association of Independent Commercial Producers (AICP) Next Jury Chair.