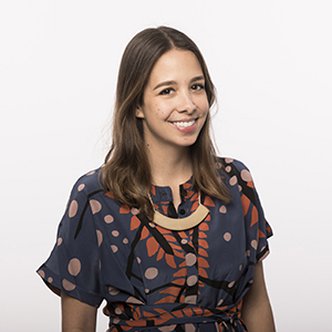 Topic: How the F*&% Did You Sell That?
We all look at great work and think how did they sell that? Sure that's great for THEM, but MY client would never buy it.

The reality is, a lot of the time we don't set ourselves up for success when trying to sell ideas. In fact, the best route to selling an idea may not be selling it at all, and rather talking about it. In this session, Bianca will talk about how the best foundation for selling bold ideas is a client relationship built on trust and respect including how to listen (*no, seriously. How to really listen*), how to prevent small things from killing big ideas, how to coach clients to lean into risk, and knowing when to hold 'em versus when to fold 'em.

Bianca is Partner and Co-ECD at Mischief and an advocate for women in the industry. She’s a major architect behind Mischief’s explosive dominance, earning agency of the year twice over in just two years.
She's behind culture-creating work, which has shifted societal perception of the world's biggest brands, as well as the toughest issues.
Her work has been nominated for multiple Emmys (going on to win one) and has won more than 100 awards internationally. Bianca has been named as one of Business Insider’s ‘30 Most Creative People in Advertising Under 30’, Adweek’s “Creative 100”, and most recently, AdAge's '40 Under 40' list.
When she's not working, she can be found at playgrounds with her 3 year old or designing birthday cards for pushy friends and family members.