A 1989 graduate of the National Institute of Design, Ahmedabad, Ashwini is co-founder of Elephant Design, India's largest independent integrated design consultancy, with offices in India and Singapore. Elephant has been consistently ranked as No 1 Design Agency in India by The Economic Times Brand Equity Agency Reckoner for a decade.
Ashwini leads Branding & Communication Design at Elephant. She has been part of the award-winning work done by the Elephant team for global brands in diverse segments. Some of the awards include Global ReBrand 100 (USA), Worldstar (Germany), Lexus Design Awards, A’Design (Italy), Design for Asia (HK) and Best of the Best at CII Design Excellence.
She has been a juror at prestigious national and international events, such as the Cannes Lions (France), New York Festival, The One Show (USA), Pentawards London, Design for Asia (HK) and Spikes Asia (Singapore). Ashwini was Jury President at the D&AD Awards in London in 2019 and also served as Jury President at London International Awards in 2021.
She was invited by the prestigious Rockefeller Foundation at their Bellagio Campus in Italy to participate in Global Social Impact workshop and by Danish Design Association to form the Copenhagen Co-creation Manifesto. She has lectured across more than 20 countries including ICOGRADA Design Week, Business of Design Week and International Design Congress.
As a key member of The Design Alliance Asia consortium, Ashwini has collaborated on award winning international projects including Colours of Asia Research, a project that spanned across 11 countries in Asia.
Ashwini is co-founder of the Association of Designers of India and The Collective, an initiative by women creative leaders in India to create safe work-places. She is an advisor-mentor to Indian Creative Women that promotes diversity in creative teams. She has been speaking on gender and inclusivity at various platforms, and is an advocate for gender sensitization in design. Her most recent engagement on the topic was at the Girl Up Bootcamp by United Nations Foundation in March’22.
Her work has been recognized on several notable platforms: Impact Magazine has featured Ashwini among 50 Most Influential Women in Media for six consecutive years and she is on Campaign India’s A-List.
Ashwini mentors start-ups through the “Nurture” initiative of TiE - The Indus Entrepreneurs platform. She is part of several advisory boards including Indian Institute of Technology Guwahati and Pune University’s Design Masters Programmes. 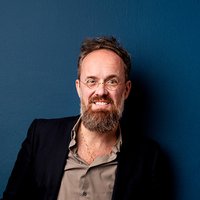