In November 2019, Bas was appointed Global Chief Creative Officer of Wunderman Thompson — a responsibility he shares alongside Daniel Bonner. Before this, Bas was a Creative Partner at J. Walter Thompson’s Amsterdam office as well as JWT’s Global Futures Council Lead.
Bas’s ambition and commitment to creativity and innovation turned a local office into one of the most talked about and awarded agencies in the world. With ground-breaking, double Grand Prix-winning campaign ‘The Next Rembrandt’, the agency became the most awarded Dutch agency at Cannes in 2016 and won the title Cannes Lions Innovation Agency of the Year.
In December 2016, Bas was honored by AdAge’s Creativity 50, listing the 50 most creative people of the year, together with Tom Ford, Beyoncé, Prince and David Bowie. In April 2017, this honor was followed by being selected by Adweek as ‘One of 10 Global Creative Leaders reinventing Advertising and the Ad industry.’
Bas originally graduated as a Logistics Engineer but moved swiftly into advertising as a junior copywriter. Two years later he became Creative Director and Board Member of DDB Amsterdam, before leaving with his creative partner Michael, to start their own agency: Selmore. After setting up an experimental agency called Nothing in 2008, Bas joined JWT in 2011 with the ambition to truly do things differently. So, he did.
In 2021, WundermanThompson, under Bas’ and Daniel’s leadership became ‘Most Innovative Agency at Cannes Lions, winning a.o. The Grand Prix in Innovation for Unilever’s ‘Degree Inclusive’, the world’s first accessible deodorant in the world.
To date, Bas has won 42 Lions, 11 D&AD Pencils amongst which a Black Pencil for his work for Free a Girl ‘School for Justice’, plus numerous other international awards.
Bas loves watching his four kids play sports and keeps hoping one of them will follow in his brother’s footsteps playing for Tottenham Hotspur.
But Liverpool would be ok too. 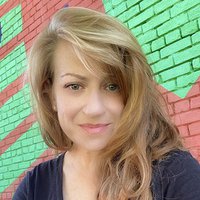