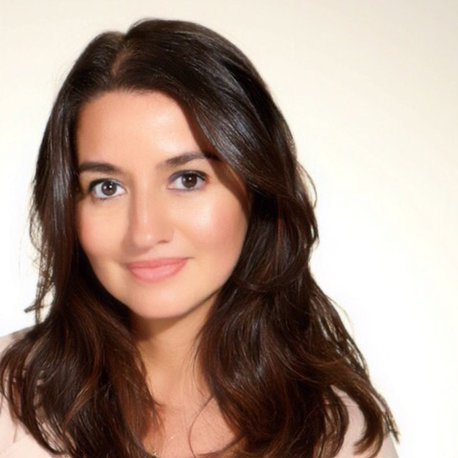 Gloria Pitagorsky, is a partner and managing director of Heard City, the sound design shop behind a ton of the biggest projects, including Sandy Hook's Promise "Back to School Essentials" PSA by BBDO, ‘It’s a Tide Ad’ by Saatchi NY and films including Good Time by the Safdie Brothers.
Gloria is a 21-year industry vet who founded Heard City in 2012 with Phil Loeb and Keith Reynaud and has since turned it into one of the top-performing audio post companies. Located in the Flatiron neighborhood of Manhattan, Heard City offers sound design and mixing for the advertising, television, film and entertainment industries and works with brands including HBO, Spotify, Google, and Mercedes Benz as well as the ones above.
Demonstrating her commitment to mentoring and supporting women in technology, film and advertising, Gloria serves on the mentoring committee for She Runs It and the Center for Arts Education. This past year, she fostered a partnership between Heard City and The Future of Film is Female, an organization committed to advancing female filmmakers by offering grants and services alongside a monthly film screening series at the Museum of Modern Art.
She enjoys traveling and recently visited Guatemala as an Ambassador for Every Mother Counts, a nonprofit founded by Christy Turlington, aiming to make pregnancy and childbirth safe for every mother, everywhere. The cause is near to her heart since she is a mother herself -- her son, Jayson, a junior at Tufts University. On this trip, she brought a group of doulas birthing chairs to use for their center.
Gloria is a member of Manhattan Chamber of Commerce; NYWIFT, The Wing, a new wave patron of the Film Society of Lincoln Center and serves as Vice-Chair on the Board of Directors of Food Bank for NYC, NYCA Charter School and she is on the National Board and East Board of Directors for AICP, sitting on the By-Laws & Governance and Women's Committees.
In 2017, Gloria ran the NYC marathon and continues to run races supporting nonprofits including Committee to Protect Journalists, Natural Resources Defense Council, Inc., Center for Reproductive Rights and Animal Rescue Groups. She’ll be running again this year. While all of this keeps her busy, she also recently became a certified tea sommelier and is launching a tea collective to bring like-minded creatives together for "high tea".