In a Global role, Bruno oversees creativity globally for Publicis Worldwide and Publicis Groupe Italy as part of the Executive Committee. Most recently he concepted and implemented the Groupe’s new agency – Le Pub – a model that integrates data, creativity and tech to produce creative and innovative brand experiences for clients.
Bruno joined Publicis Worldwide in January 2011 as ECD of Publicis Italy, together with creative partner Cristiana Boccassini. Following the growth of the Heineken client, they were appointed Global Creative Directors at Publicis Worldwide.
In May 2016, Bruno was promoted to Global CCO of Publicis Worldwide, a role in which he leads the global creative board and works with clients including Heineken, Nestlé and Barilla. Prior to Publicis Worldwide, Bruno was ECD at JWT Rome on high profile international accounts.
Bruno is regularly asked to join and lead major global juries including his role of Outdoor President at Cannes Lions. He has spoken at many industry and business conferences including TED Verona, Advertising Week US/UK/LatAm and Cannes Lions.
As the most awarded Italian creative in the world, he has international awards including 119 Cannes Lions (1 Titanium, 2 Grand Prix, 25 Gold), 6 Grand Clios and 1 Grand Prix at the NYF, along with numerous trophies from shows such as LIA, D&AD and The One Show.
For two consecutive years  (2020, 2021) Bruno has been recognized as the most awarded Chief Creative Officer in the world; the first Italian to reach the top of the prestigious global ranking compiled by The Drum.
Over recent years, Bruno has led the creative output at Publicis to new levels, with Publicis Italy being ranked first in WARC’s 2021 top 10 agency list and ranked 2nd in both the Cannes Lions and D&AD agency rankings. Publicis Worldwide was named Adweek’s international agency of the year in 2021 and ranked 4th in Network of the Year at Cannes Lions
Born in Verona, Bruno graduated in semiotics and attended the school of Visual Arts, after which he started his career as a copywriter in New York. 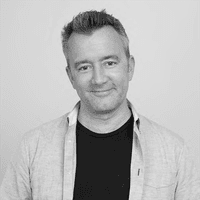 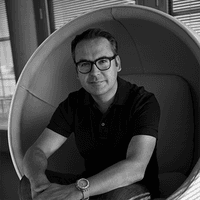