“Go With Your Gut”: Creatives Rise to the Six-Second Challenge 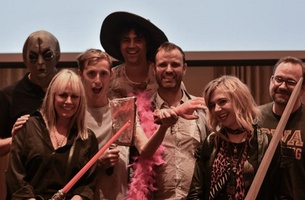 What happens when you challenge a room full of bright creatives to tell a story in just six seconds? Ten groups of young creatives came together at this year’s London International Awards to participate in the #LIAstoriesin6 workshop, run by Great Guns director, Jonty Toosey.

Each group was given a product, props, and a theme, and tasked with creating a 6-second film that encompassed all of their given elements while also communicating their key message to the audience.

Each group’s completed film was then judged and three winners were chosen based on the creative execution and the representation of the given product and theme. We caught up with four members from two of the winning teams to get their take on the workshop. Here, they share the challenges and benefits of telling stories in seconds. 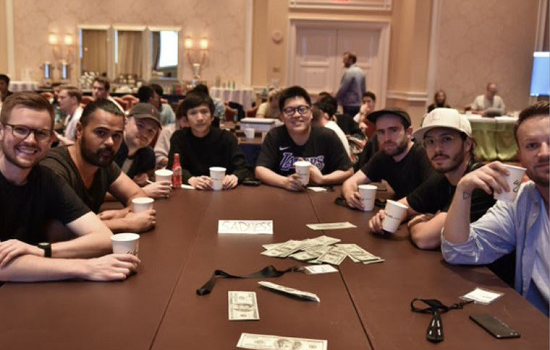 Steve> It was actually super liberating to get all of the other breathy junk that we normally worry about out of the way. Too often, I think we’re trying to squeeze a ton of stuff into a limited amount of space – in six seconds you can’t do that if you’re trying to make any sense.

Q> Your winning film was based on Coffee/Adventure/Sadness. Did you come across any interesting challenges or surprises?

Steve> I think the whole group embraced the ‘sadness’ emotion because none of us were really used to making ‘sad’ things. It was a fun challenge for a group of dudes who’d rather make people laugh. We also had to account for ‘disaster’, which isn’t something you usually want baked in to your work.

Steve> A good brief can be distilled down to its purest form (the ‘what are we really trying to say’) with enough smart people and cups of coffee around. I think that’ll come in handy long after LIA.

Karl> Six seconds isn’t a lot of time, but we all remember really good Vine videos (RIP) that told amazing stories in six seconds. The time limit didn't necessarily restrict us, but it did help us to be more organized and efficient. We knew that we needed time at the end for a tagline and a logo, so the story actually had to work in just three or four seconds. But our team had a very positive energy; nobody complained – we just cared about getting the idea into the film.

Q> Your winning film was based on Coffee/Adventure/Sadness. Did you come across any interesting challenges or surprises?

Karl> With our advertising background, our first impulse was to create a short commercial that advertises coffee, using ‘adventure’ as the storyline. But the challenge was also to create an emotional feeling of sadness and still get everybody's attention in just six seconds.

Karl> When you have such a short time to solve a brief, it is important to clarify who's got which role in the process. Working together is easier when everyone has their own responsibilities to tackle. In the end, all of us came together and everyone threw in their part to produce 100% of the work. Good teamwork is always a pleasure. 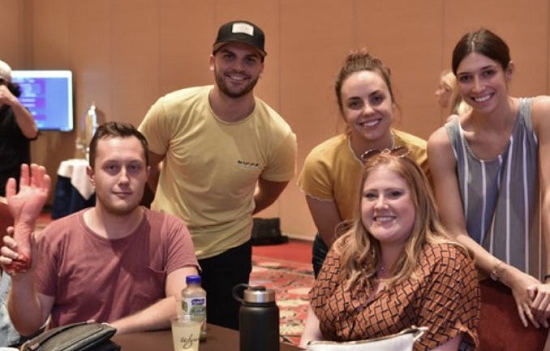 Lillian> It was liberating. The short format and quick deadline forced us to go with our gut, keep it simple and throw something up on the board.

Q> Your winning film was based on Detergent/Crime/Rags to Riches. Did you come across any interesting challenges or surprises?

Lillian> It wasn’t the most convoluted brief I’ve ever received, but it took a bit to figure out a story that could involve so many random elements. In a way, though, the randomness made it a lot more fun.

Lillian> It was a great exercise in collaboration and resourcefulness. And now I know how to soup-up my sweet iPad videos.

Pavlo> We’re more used to the 30-second format, which tends to have larger budgets, so it wasn’t very easy. But we eventually came up with a good, clear story and shot everything in one camera position within just a few takes.

Q> Your winning film was based on Detergent/Crime/Rags to Riches. Did you come across any interesting challenges or surprises?

Pavlo> Blood. It was necessary to have blood for our film, but we couldn’t find anything resembling blood for the shoot. However, we found some red paper and solved the problem in an amusing way, which ultimately helped our story.

Pavlo> It was a great experience – one hour, one script, one team. Fantastic. I would like to work in this sort of format more in the future.