Scott Dudley: Why is Hip-Hop hard to clear? 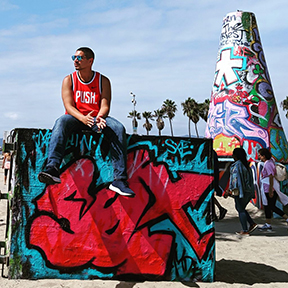 Why is Hip-Hop hard to clear?

Today LIA had the chance to ask Scott Dudley, he explained that from his experience Hip-Hop is one of the hardest genres to find, especially in the ad-space. That's an area where Push.audio shines. Scott shared his Top 5 Tips for improving your success rate in the sync / television, film & ad-space:
5) Split Sheets: Proper split sheets are important. When pitching a song, it's important to know and credit the producer(s) and all writers. Industry standard is 50% producer, 50% songwriters. If a song is pitched with 100% the artist, it's projecting they produced the composition, this track was a buyout or it's inaccurate splits. If your song has a feature and it's registered as one writer, it's the same discrepancy. It could be a buy-out or you (Meet the Klumps Style) wrote all the other rapper's verses. It's subject to disposal and likely deemed a liability.
4) No Samples: Boy oh boy! This one's a heater. Yes a sample chopped up is still a sample. A sample at a different speed in a different dimension is still a sample. You ran the sample through your gameboy bitcrusher and it's unrecognizable is still a sample. It's incredibly risky to include any unauthorized samples when pitching for sync. Even royalty free kits/loops are still a gray area. Be cautious of sites claiming to clear samples as well. This is clearing for distribution, a sync/licensing deal is an entirely different ballpark. Safest bet is 100% non-sampled (I know, aw man no fun!). That's the only true "sky's the limit" scenario.
3) The New Age: Is this a choir or how did 20 writers get on this song? Yes, this is what I call IBS. Industry Bull Skit. This is a Music Supervisor’s worst nightmare. To chase down one artist who is a 1.3% writer on the song you're trying to clear, only to clear the other 19 and the song not pass due to the unreachability of the 20th. It happens. Our entire repertoire is clearable one-stop. We are not a production music library, but we make it very simple to clear. Keep your songwriters / split sheets pure. This isn't the space for managers, hypemen or investors.
2) Subject Matter / Content: There are searches that will specifically request explicit content occasionally. Not commercials usually. Having a clean version is great, but we have to also keep in mind the subject matter. I don't recommend altering your writing to adhere to commercials, but when pitching for a commercial spot it's important to remember clean content / subject matter.
1) Originality: We personally don't do sound-alikes. There are different era's of Hip-Hop. Creativity is key, innovation musically can escape the box of being defined as contemporary or vintage. You've never heard anything like it, no matter when you lay ears on it.. it's new to you. Ad agencies are always looking for a new sound. A breathe of fresh air. One, it captures attention. "What song is that?" translates to "What Brand is that?” Secondly, you never know how a consumer subconsciously relates to a song. Using a well-known of the decades song can be risky as nostalgia can regurgitate good and negative memories.
Honorable Mention:
Responding to Briefs: This may be at the top of the list for some. If a brief is searching for a certain emotion, never just send your latest single if it’s not on target.