04 February 2020
By: Oliver Fuselier, Executive Producer
Doritos, Budweiser and Alexa Super Bowl ads oh my! Yes, it’s that time of the year again! So, when LIA asked me to write an 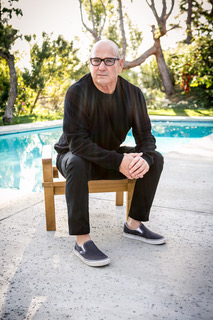 article about the 2020 Super Bowl ads from the production companies point of view, detailing what it meant for a production company and its director(s) to participate in the festivities, I grabbed a bag of Doritos and a Pepsi, trying hard not to smear Oil of Olay that I had left on my hands onto the Apple keys as I rushed to get my thoughts and opinions onto the screen.
So by now the directors, producers, production designers, grips and gaffers, actors, reps, editors, special effects supers and music-houses have all attended to their wounds, hopefully recuperated from the pressure of making this year's Super Bowl ads. Most likely they sat in their living rooms with Taco Bell nachos, bags of Lays, Michelob Light and other Super Bowl accouterment and watched the big game. S U P E R B O W L is not only the biggest event of the year for the teams and sports fans but is it the biggest year as well for Brands, Advertising agencies and of course the makers of ads, us, the Commercial Production companies. We start thinking about the Super Bowl at the end of the summer, before the football season even begins and don’t stop till game day and sometimes beyond.
What does it take to be chosen as a contender for a coveted ad spot played during the Super Bowl? Luck is a big one. When you consider the number of directors and production companies around the world, you realize that it’s truly stars aligning when you are chosen. Of course, being a hot and hip name in the business is extremely helpful. Having had a successful spot on a past Super Bowl is also helpful. Having that type of reel that evokes emotion along with creativity, talent, opportunity, a winning track record as a production company with a talented director or directors and above all, having a creative team, brand and/or agency that deems you worthy of sending you a board are all key.
Next steps. The agency or brand have chosen the director to help create a winning Super Bowl ad. Being chosen is a miracle in itself. There used to be only one or two directors in the bid pool and now it seems like 20 or more. Now that is pressure and it’s on. The real creative collaboration starts with assembling the “star” team to help take this all the way to the “win”. Hiring the best producer, the DOP, the AD and production designer, effects, stunt men, stylist, drivers, find the locations, book the cast, book the editor. Of course let’s not forget the most important positions to fill, Crafty and the Caterer!
The Bragging rights of having a Super Bowl ad in-house are monumental. The opportunity brings out the best in everyone. If the spot is a success the payoff is huge, allowing the production company and its director’s to be seen and acknowledged during the year in every major award show seen by top global leaders in advertising, from Brands to Agencies.
This opportunity changes lives and careers. It takes semi-known directors and makes them overnight stars with their names being mentioned around every water-cooler in the US and beyond. Remember these ads don’t just get mentioned in online publications, but the next day on morning talk shows, in newspapers around the world...and then for years to come you could be mentioned time and time again. A lot of press and PR momentum for this one airing.
Being a part of the Super Bowl as a production company with one of its directors is a golden opportunity that comes around once a year. It turns unknowns into the director of the moment and it can make a career and send a brand’s sales into the stratosphere. It can also add momentum to a production company and all of its other directors. If you win the ‘USA Today’ Ad Meters top spots it too can be transformative. Agency heads and creatives look at the company in a different light than before. Thinking that lightening can strike more than once, wanting to work with that company and in particular that director is the award.
Like I said earlier, the Super Bowl has long lasting powers. When you enter the work and let the world’s greatest creatives see it, it makes a difference in the life of that director and in the momentum of what that company will experience. There are five to ten great top tier award shows where you are assured that all the best talent in the world will be viewing the work. If you do enter, having been on a few juries, I would say think about what categories are best suited for your work. There is a strategy to winning. Be smart and know if you don’t win a statue, you still win by having great creative talent see your work. If you do shortlist or win the awards festivals you enter into will showcase your work with the creative credits. So, I say always enter your work in the Production / Post-Production categories; direction, cinematography and editing are just a few categories to think about.
In short being a part of the Super Bowl ads at any time in one’s career I think means the same to production companies as it does to the agencies that come up with the idea, as it does to their clients that we are making the ads for. It’s important, humbling, an honor, a gift and sometimes, a game changer.
I want to just mention the pre-game content and how creative and fun it was. The “Golden Gronks” was great... but that is whole other conversation.
5 million plus for a 30 second ad on the Super Bowl! Fame, Notoriety, Publicity, Fortune and all of the free publicity that goes on forever... PRICELESS! (oops!)
Till next year’s Super Bowl....