I hope my new normal is better than my old ways 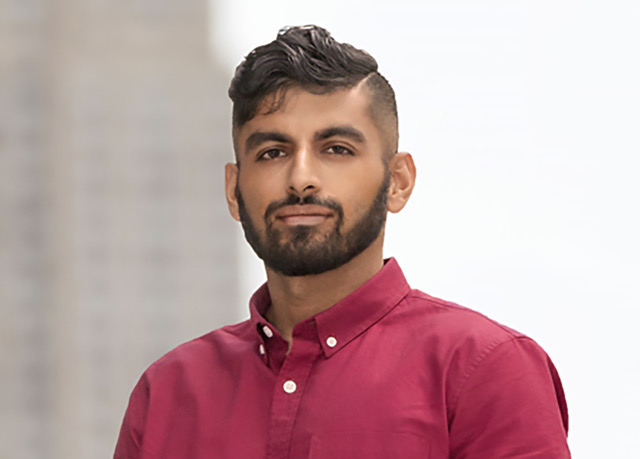 When I got into advertising at the awfully naive age of 24, it was my second career. My first one was selling dodgy stuff for shady people (nothing illegal, but still, a country mile short of honest).
When I finally quit that mess of a job and got into ad school, I was excited, but also very, very desperate to succeed. In that time of my life, my raging insecurity was the perfect software on which AdlandToxicity.exe would run on.
Sitting on pink couches, all I could think to myself was “I need to crush it” – not only as a creative but also, subconsciously as a man. All I cared about was being somebody who wasn’t a nobody.
As I progressed through ad school and sat at the feet of creative directors who taught me, my idols became those who valued great work at any cost. Dignity. Sleep. Teamwork. You know, manly stuff. I distinctly remember one of my ad school teachers looking around the room and saying, “Look to your left, now to your right – chances are one of those people is gonna take the job you want.”
From that moment on, it was on.
It’s like I’d just joined a cult – and for all intents and purposes, I kind of did join one: the cult of the creative who values excellence in creativity above everything else. The software I’d installed in ad school didn’t uninstall after graduation. It actually began to take up even more space.
At every agency I went to, I was able to find the same kind of mentors I’d looked up to in ad school. For the most part, they were the most “successful” people at every agency I went to. I wanted to be “successful” too, so I thought, why not follow their lead? On some level I knew I was putting off some people at work with my attitude –but I saw no incentive to change. I looked up at the top of the heap and I saw the most cutthroat creatives on top. That’s where I wanted to be.
I believe these are the idols most men (and perhaps some women) in advertising still worship today. Creative directors who are ruthless with the work, because it’s all about the work. I was convinced that it was impossible to do good work and be a good human being at the same time. People’s feelings just got in the way of it.
But over time, I’ve come to realize there’s a bigger cost to that mindset – and it’s also just flat out untrue that good work and being good can’t align.
Acting like my former idols comes at the expense of too many things I value today. Grace and kindness. Practicing patience. Seeing value in every client’s business and every brief. Involving and celebrating the whole team (and not just the creative department).
I know what it’s like to fall short on all of those counts, because I’ve been there. It sucks. All of those important skills were left out of consideration for too long in my career. Luckily, I felt the beginnings of a shift in my perspective happen about a year ago.
I’m not going to sit here and pretend like I’ve transcended the need to please my ego and pursue great work – but what I’m realizing more and more each day as my responsibilities increase and my microscopic visibility inches a little further away from total obscurity – is that it’s not all about the work. What I also realized is that it is possible to do great work and be a good human being too.
I know I’m nowhere near where I’d like to be as a creative director and leader, and it’s a constant battle to fight against the archetype of the hot-shot CD that I’ve looked up to in the past. But, not having this reckoning with myself is more painful than repeating the same destructive patterns that I fell into. With the support of my teammates, and leadership, I hope to rise above that. Thanks to them, I’m now in the process of uninstalling Adlandtoxicity.exe.
As our whole world challenges what it means to be a human today, I too, am fighting a battle with myself. As Partner and Creative Director of purpose-driven agency OBERLAND, it’s my job every day to help socially minded companies to move the world closer to conscious capitalism. At the same time, I’m given the support I need to be working for brands that matter to me. It may feel trivial to most people outside the walls of advertising (and probably within too), but I believe by making this shift professionally, it will make a positive impact on my personal life too.
And that’s a lot better than selling dodgy stuff for shady people.