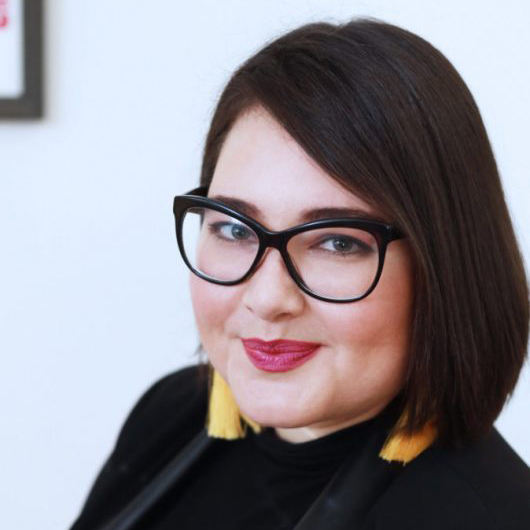 Michelle Khouri is the CEO & Founder of FRQNCY Media, host of The Cultured Podcast, and executive producer for Total Refresh, Raising the Torch, InCharge With DVF, Hidden Voices, and several podcasts in development.
Michelle has felt a deep connection to the world of sound since she was a toddler. She was a trained singer and musical theater performer before briefly working in A&R for Interscope Records.
A decade-long career in marketing and communications unfolded before she founded FRQNCY Media, a first-of-its-kind company that seeks to democratize high-quality and intentional podcast production. Since opening for business in 2018, FRQNCY has worked with Coca-Cola, Apple, the Statue of Liberty-Ellis Island Foundation, Diane von Furstenberg, Grady Hospital, SalesLoft, and many others.

Testing the Limits of Purpose