Ronald leads the creative charge for DigitasLBi’s six offices in North America. He’s at the helm of a 600-strong creative force fueled by a unique combination of data, technology and storytelling. A team that in 2015 won a Cannes Grand Prix, metal at multiple top creative award shows, and Gold at the North American Effies.

Before joining DigitasLBi in January 2015, Ronald held leadership positions in the BBDO & Proximity network, serving in their Malaysia, New York and Singapore offices for 11 years.

Under his watch, global recognition was consistently earned in the Big Won and Gunn Reports. These include the world’s No.6 most awarded campaign in ‘Innovative and Alternative Media’ (2008), and four No.1 campaign rankings (2009 & 2014). The BBDO & Proximity Malaysia and Singapore offices were ranked No.13 (2008), No.8 (2009) and No.11 (2014) most awarded agencies in the world. His interactive installation for Autism Speaks was accepted into the New York Museum of Modern Art’s (MOMA) permanent collection in 2011. And Ronald was ranked No.4 (2009) and No.6 (2014) most awarded Chief Creative Officer globally.

His Jeep ‘Two Worlds’ campaign was inducted into the Clio Hall of Fame in 2014. And the interactive campaign, ‘World Under Water’ was highlighted in Forbes as “One of summer’s biggest success in scientific content marketing”. This campaign also earned top honors as the FWA 2014 Website of the Year.

All things considered, his proudest achievements are his two boys, Jonah and Noah. 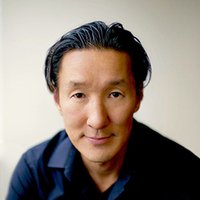