Abi is the Founder and Managing Director of Leland Music and Leland Originals. A true entrepreneur, at the age of 19 having already worked within both the music and film industries, she decided she wanted to be a music supervisor so started on her mission, grilling film composers and knocking on the doors of Soho film production companies. She’d clearly found her calling, as only a few years later she was established as one of the UK’s leading feature film Music Supervisors.

Fast forward to today and Abi has built a unique and highly-esteemed team, working closely with the world’s most successful brands, ad agencies, and film makers.  Credits over the years include top brands Nike, Sony, Honda, and John Lewis and feature films ‘Touching The Void’ and ‘The Last King Of Scotland’. Recent credits include Paralympics “We’re The Superhumans”, John Lewis “Buster The Boxer”, and Netflix/E4 TV series Crazyhead. 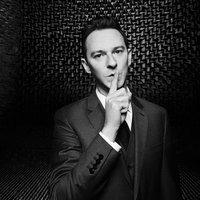