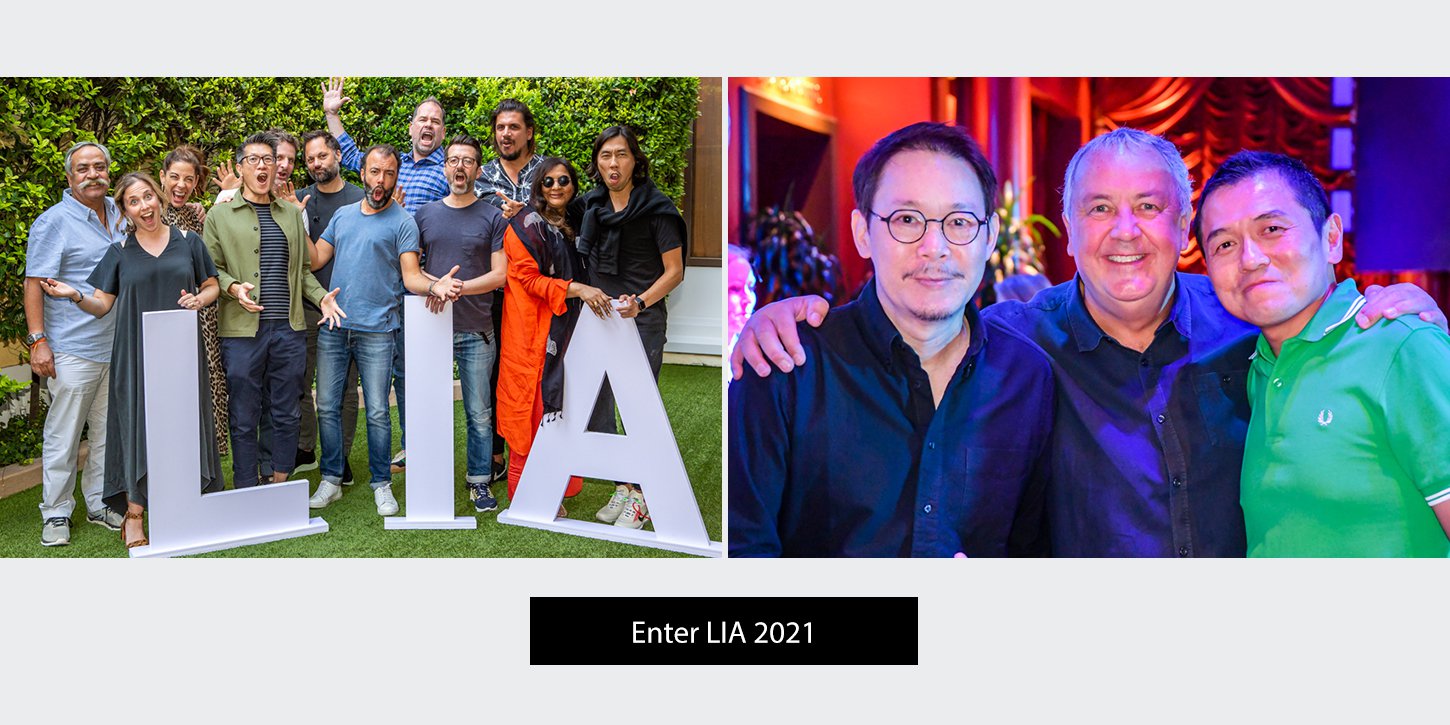 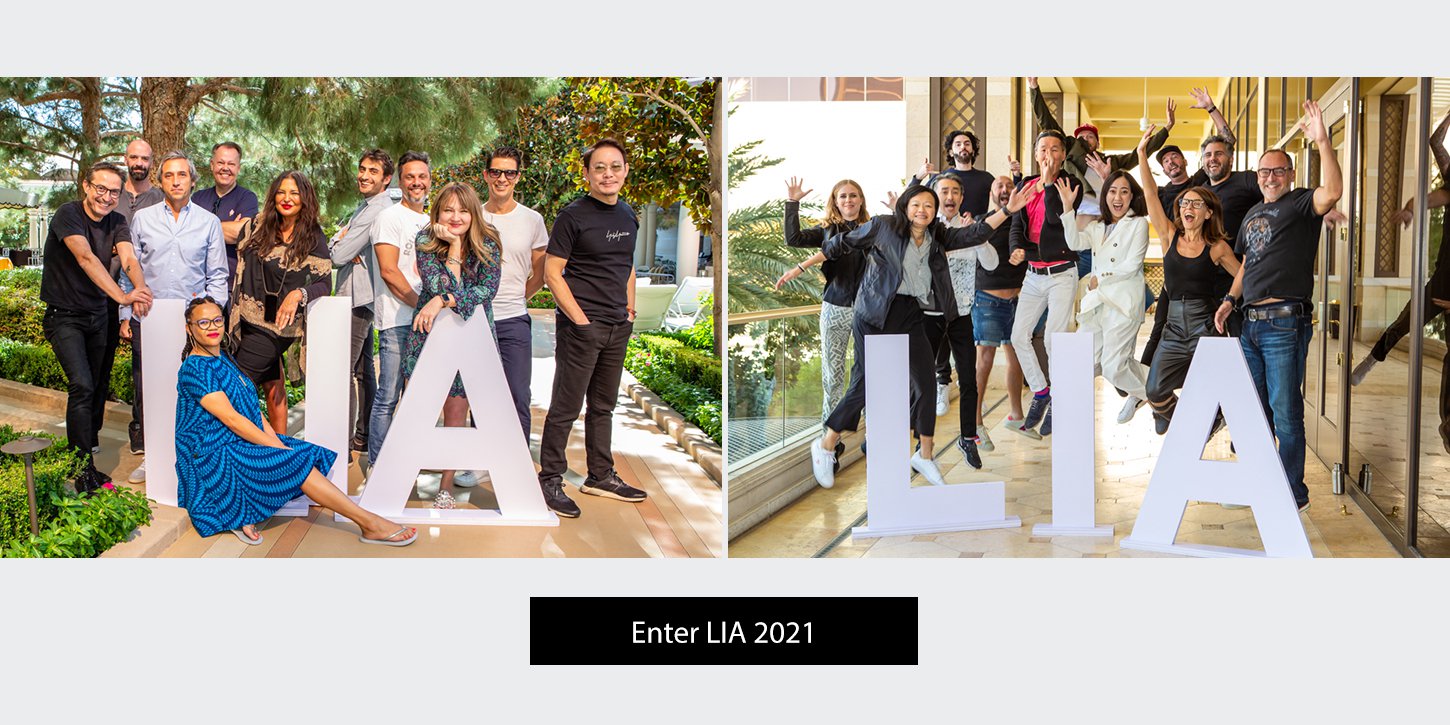 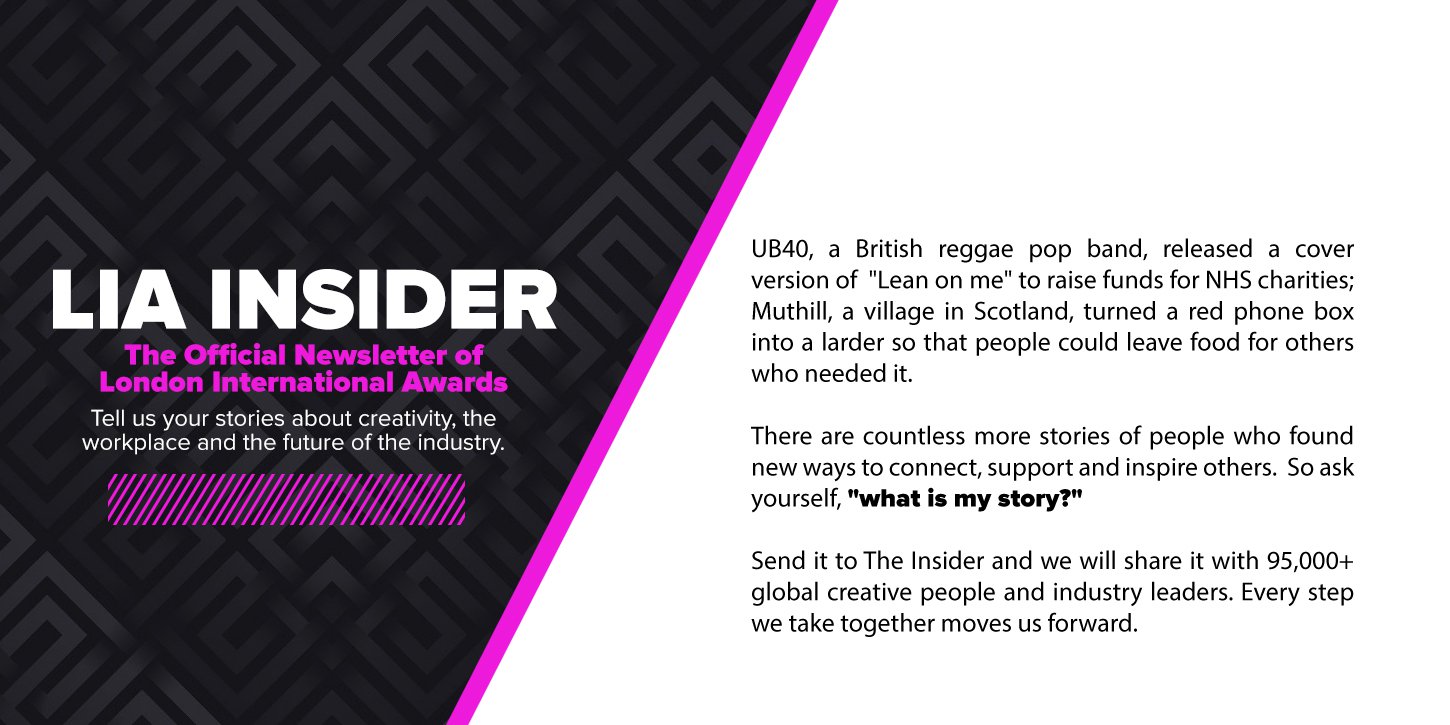 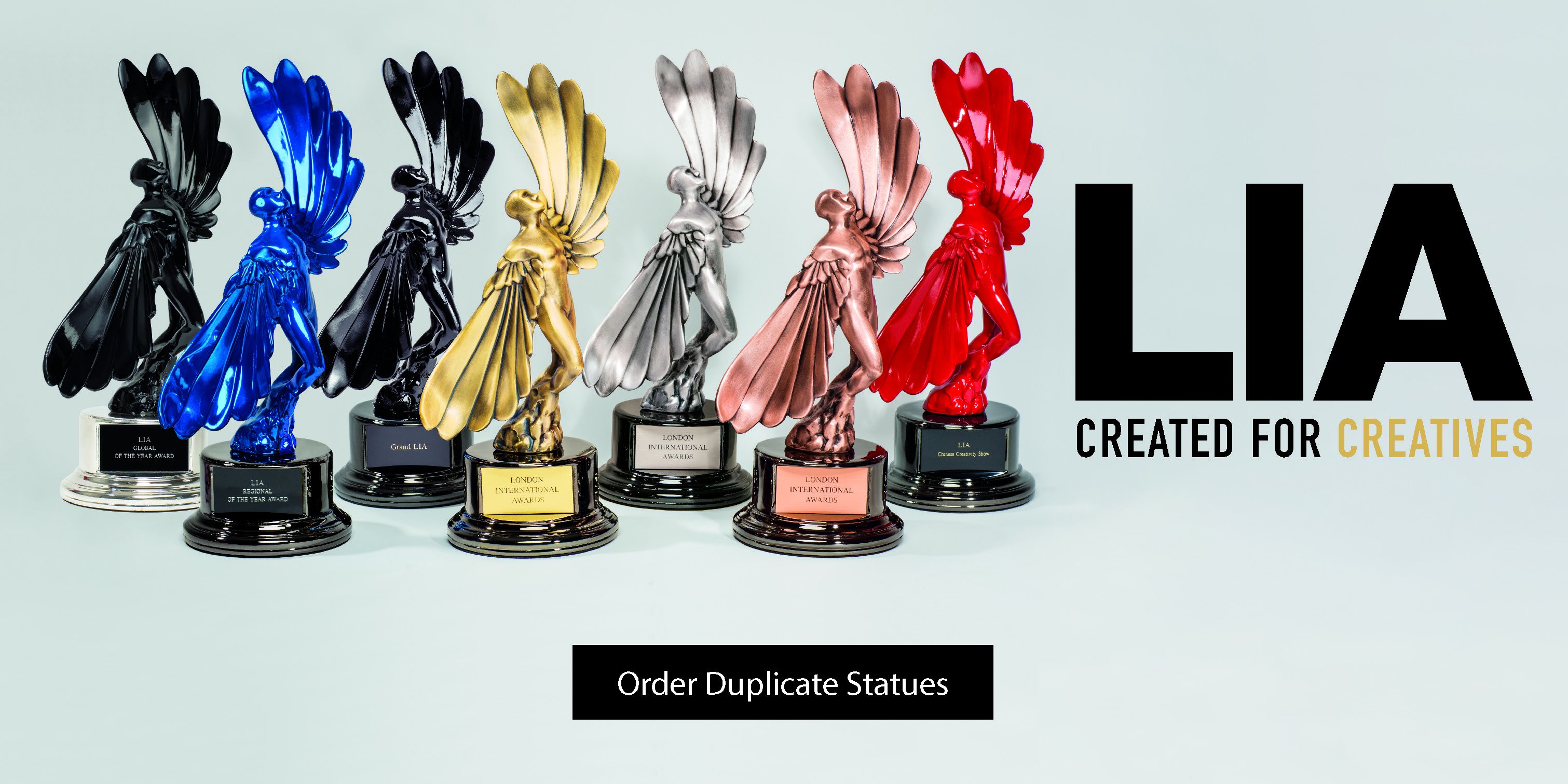 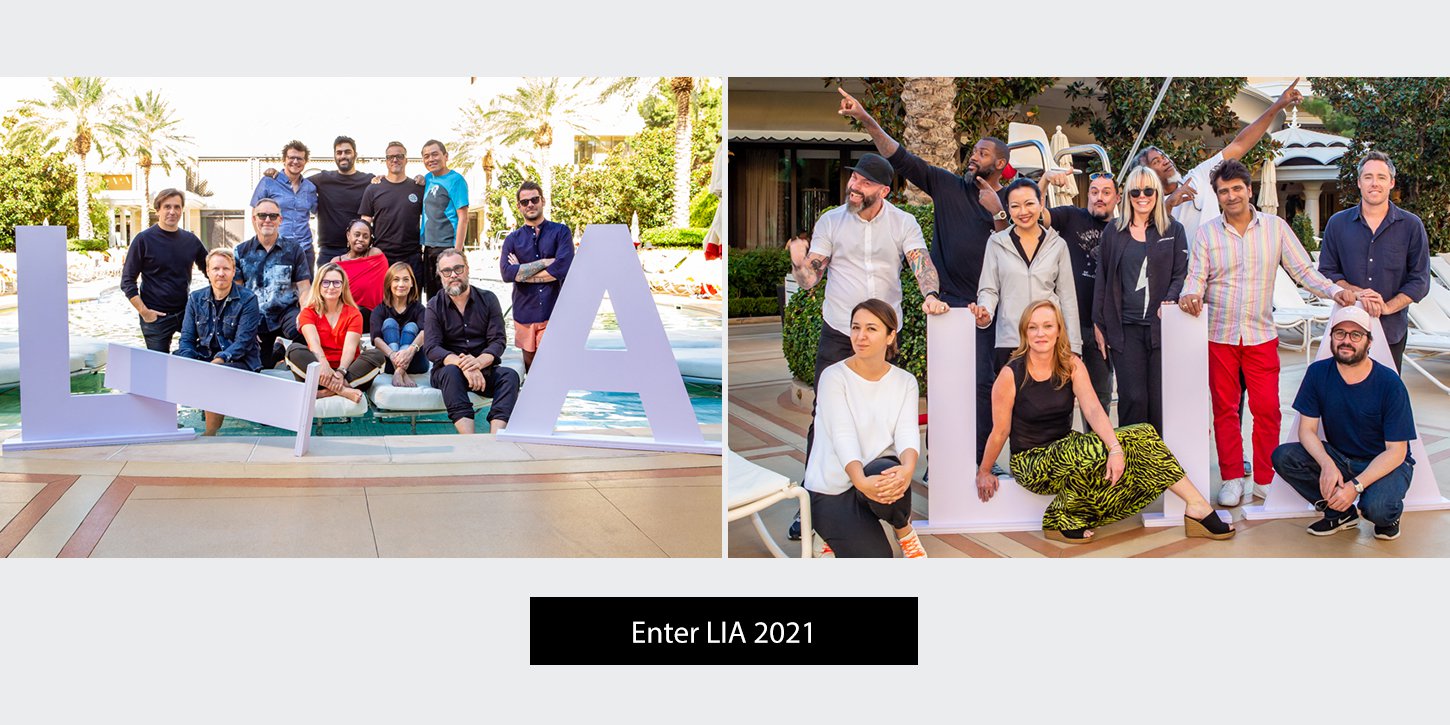 Creative Use of Data  Recognizes work that demonstrates the fundamental role of data in inspiring, powering and enhancing creative work.

Transformative Business Impact  This competition recognizes that creativity does not just live within campaigns, it now plays an influential role in the enduring transformation of businesses including their operations, services, products, internal experiences and customer experiences. This medium doesn’t just recognize work that promotes solutions to customers; it recognizes the solutions themselves.

New Category in Production & Post-Production - Remote Production This category recognizes the efforts made by Brands, Agencies, Production Companies, Consultancies, etc. to facilitate filming in a new way - remotely. Work will be evaluated for the production value and the overall execution taking into consideration the limits that social distancing, travel restrictions and other factors imposed to assure that safety precautions were met during the worldwide pandemic lock-downs. In addition to uploading the work as released, we will accept case studies for this category that tell how the challenges were overcome.

Entries finalized by 28th February 2021 will be invoiced at 50% of the standard Entry Fee.

Entries finalized from 1st March 2021 through the closing of the Entry System will be invoiced the standard Entry Fee.

No Late Fees. Ever.

Eligibility: Must be broadcast, published or released in a commercial environment with client approval from 1st September 2019 thru 8th August 2021.

Who Can Enter: As most work is a joint effort, LIA allows any company or individual to enter work they have collaborated on. LIA has created a mentorship and networking program to educate, inspire and grow the next generation of creatives.  We are offering a virtual mentoring experience to create personal connections through direct one-to-one interaction that has never been offered anywhere else in the industry.

The program is open to those currently in the industry between 21 through 31 years of age.  The goal of the program is to allow young creatives to learn from personal one-to-one interactions with some of the most experienced people working in our industry and related industries.
Creative Conversations will allow young creatives to tap into the minds, expertise and experiences of respected industry stars. Their interaction is with not just one, but three top creative people from around the world. These personal e-mentoring sessions, of an hour each, with three different established industry leaders are private and bespoke. The goal of each session is to help mentees upskill to meet the ever-shifting demands of the global work environment. This exclusive and enriching program will be limited to approximately 50 mentees worldwide.

Creative Conversations will cover all disciplines with emphasis on skill development, how to work and navigate in these virtual times and how to establish future directions. This is a golden opportunity for young creatives, working in the industry, to enhance their career development and make invaluable connections.

The program will open in March and the mentorship sessions will take place between April and July 2021.
Learn More The global benchmark for Chinese creativity

LIA Chinese Creativity is the only global award show that celebrates the very best of Chinese-language creativity.
Established by London International Awards, LIA Chinese Creativity expands our legacy to recognise world-class advertising ideas conceived, written and produced in one of the world’s most prominent languages - Chinese.
With a high-calibre panel of the world’s top Chinese-speaking creatives, all entries will be judged to the same international standards as the LIA global show. Winners will be awarded a coveted Red Statue—the same iconic statue as the LIA Global Statue, coated in brilliant red with a Gold, Silver or Bronze base.
What’s more, LIA Chinese Creativity winners are also included in Campaign Brief Asia’s Creative Rankings.
So winning at LIA Chinese Creativity puts you among the creative elite. It means you've created game-changing work and moved the creative needle.
The competition is open to anyone from any country with work that was originally created and launched in Chinese. With this in mind, all work must be entered in its original format with no English-translated ads allowed.
Learn More

Judging Dates and Venue: To Be Announced 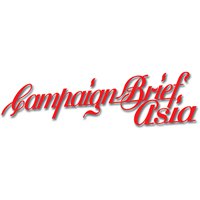 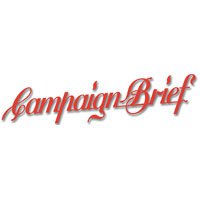 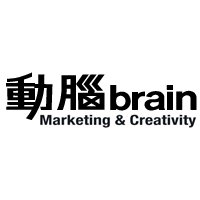 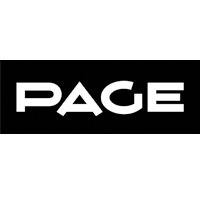 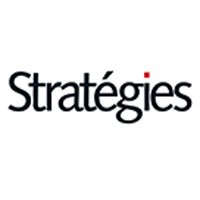 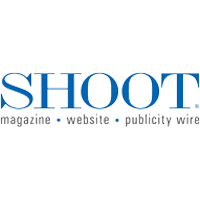 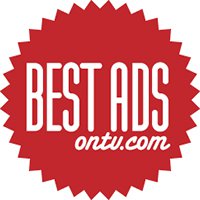 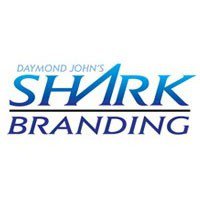