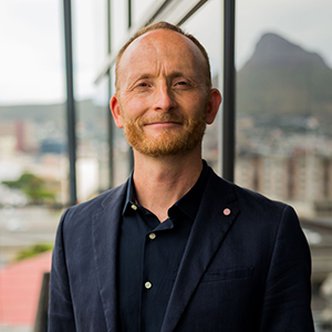 Chief Executive Officer & Creative Chairman
Ogilvy South Africa Group
Cape Town
, South Africa
A 30 year career in the creative industry, working with teams to establish and grow some of the most well-known household brands. Ranked number 9, as the world’s best performing Chief Creative Officer (WARC Report) – and credited with over 1,000 awards from around the globe for both creativity and effectiveness – including four Cannes Grand Prix and two Emmy Awards.

Founder of digital agency Gloo, winner of South Africa’s Agency of the Year Award for 8 consecutive years. After selling Gloo to Ogilvy & Mather in 2015, Pete assumed the role of CCO across the various Design, Advertising and Communication companies inside the Ogilvy South Africa group.

During this time, Ogilvy SA was ranked number one in South Africa and voted the most integrated agency by its peers - for five years in a row. During the same period, Ogilvy was consistently acknowledged by the public as producing some of the most recognisable and liked advertising in South Africa, by Kantar’s Consumer Advertising Research rankings.

A current member of Ogilvy’s global 15-member Worldwide Creative Council. The Council helps steer the creative direction of the networks international network, across its 450 offices, alongside its business transformation.
A regular judge at awards shows including: London International Award, The Clios, Webbys, Promax, BDA, Dubai Lynx, One Show, Bookmarks, Design Indaba, Assegais, Loeries and the New York Advertising Festival.
He is fuelled by a passion for creating impactful brand experiences and advertising for both brands and organisations, whilst simultaneously helping to grow the next generation of creative talent.