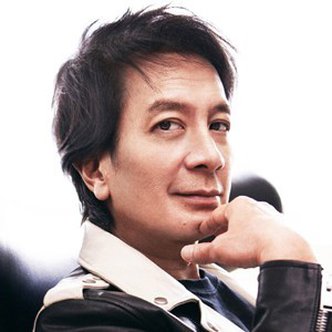 AdAge has aptly called Khai ‘One of the world’s most influential people in the communication business’.

Khai’s story began at Central St Martins in London where he studied design and art history and was awarded a scholarship to pursue an MA in Film at the Royal College of Art. Upon completing his studies, Khai went into advertising first at Leo Burnett London and then Chicago; and later in Singapore with stints at McCann Erickson and Bateys. He joined O&M in 2000 as Regional Creative Director of Asia Pacific where he led them to win Agency of the Year for eight straight years. During this time he was inducted into the Campaign Brief Hall of Fame.

In 2009, Khai moved to New York to assume the position of Worldwide Chief Creative Officer, a role that has him overseeing the work of the entire O&M global network of more than 500 offices.

One of his first moves as Worldwide CCO was to inculcate ‘Pervasive Creativity’ throughout the company, a concept he originated where everyone in the organization, regardless of title, has the responsibility to be creative. Khai’s persistence on Pervasive Creativity has been credited for the agency’s five consecutive Network of the Year wins at Cannes as well as the agency’s first ever Global Agency of the Year accolade by Adweek in 2016.

Recognizing that great work is what underpins the agency and Khai’s role in pushing the agency to consistently produce great work, Khai was appointed Co-Chairman of the Ogilvy & Mather Worldwide Board in January 2016. He is also Chairman of its Worldwide Creative Council.

A multiple Grand Prix and Titanium winner at Cannes, Khai has served as chairman on numerous advertising juries and is a frequent speaker within the industry and beyond.

He served on the steering committee for content creation at the World Economic Forum, and taught master classes at Miami Ad School, Berlin School of Creative Leadership, St Martins and the Royal College of Art London. He is a Fellow of the Royal Society of the Arts and he is also a contributing writer for The Guardian, Campaign and Forbes.

Khai serves on the boards of Miami Ad School, Future of Storytelling, Twitter Advisory Council and Facebook Creative Council. He recently became involved in the Bill and Melinda Gates Foundation.

After a lifetime of fighting fires at work (and starting a few too) Khai coincidentally lives in a converted 19th Century firehouse in New York City.