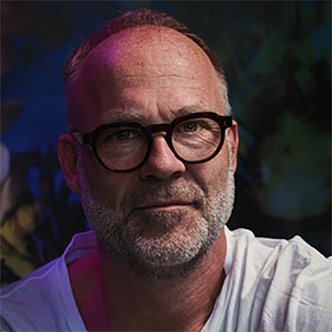 Date: 20th September 2021 08:30 EST USA
Topic: Make my Logo Louder
Brands have never had so many ways to reach audiences through their ears – from music streaming, podcasts, radio and smart speakers. But given audio is one of the most intimate forms of media, it’s not enough just to reach people; we need to move them.
In this session, award-winning audio specialist Ralph van Dijk will explain how to capture the essence of a brand in sound and ensure it builds personality across all the ways listeners listen. He’ll then demonstrate why adapting your creative to different audio platforms, is key to making an audience that’s passively hearing, start actively listening.
Van Dijk will provide case studies of brands doing it well (along with some high-profile mistakes), describe the environments where it’s best to not cut-through, and the audio assets no brand should be without.
To watch this session click here: Creative LIAisons virtual talk hosted by Ralph van Dijk
About Ralph:
Ralph is the world’s most awarded creative in audio advertising and branding. In 1990 he co-founded Eardrum in London and has since established offices in Sydney and Paris.

Eardrum is widely regarded as the authority in audio marketing, creating effective campaigns for multinational brands and their agencies.

Each year, their work is recognised at the world’s leading award shows including being named Radio & Audio Agency of the Year three years in a row by the London International Awards, multiple Gold Lions at Cannes, One Show Grand Prix, and New York Festival Gold.
In recognition of these accolades, he was selected as one of the ‘advertising legends’ to serve as jury President at the 60th anniversary of the Cannes Lions Festival.

He’s driven by a determination to innovate, subvert and explore new ways for brands to connect to their audience through audio-led campaigns.
In 2020, Eardrum marked its 30th anniversary by launching Earfest the first online audio arts festival, and establishing Resonance, a specialist audio branding agency.

One day his Mother will know what he does for a living.
Twitter: @ralphvandijk
www.eardrum.com