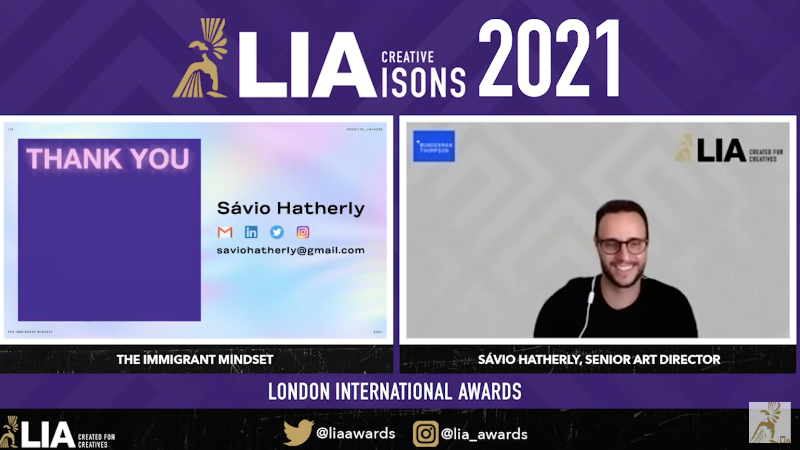 Savio Hatherly challenged young creatives to do the unexpected in "The Immigrant Mindset"
Having moved to Lisboa, Portugal from Brazil, Savio Hatherly, Senior Art Director of Wunderman Thompson Portugal, knows all about being an immigrant. But like a good race horse, Savio encouraged young creatives to be focused on what's ahead.
All creatives, no matter where they are, need to prove themselves and raise the bar. To do this, Savio demonstrated through the use of case studies how quick wit and high motivation can lead to what he calls a "creative explosion" even when budgets are limited.
Hatherly advised: "Let the idea come. Do it without looking at the budget. The idea should always come before the production. Put effort into everything you do. Even in your presentation to clients to sell the idea. It's 99% sweat and 1% inspiration."
He also touched on what he calls, "This is not advertising." He showcased many best practices where creativity expanded beyond just the realm of advertising into a cause, entertainment or something that really matters.
To sum up his talk, Savio told the audience that to have the immigrant mindset you need to have this attitude: grow into who you want to be, motivate and challenge yourself, and remember that the world is yours.
"Throughout history, we have seen how the immigrant mindset has made people pioneers, blazing new paths for others to follow. So all creatives should adopt that same attitude of seizing opportunities with a passionate sense of purpose. It doesn't matter if you are new to a country or live in your home country, you need to have the same hunger for creative excellence." said Barbara Levy, President of LIA.