UNDP, SAWA campaign tackles the climate crisis, launches in cinemas around the world. 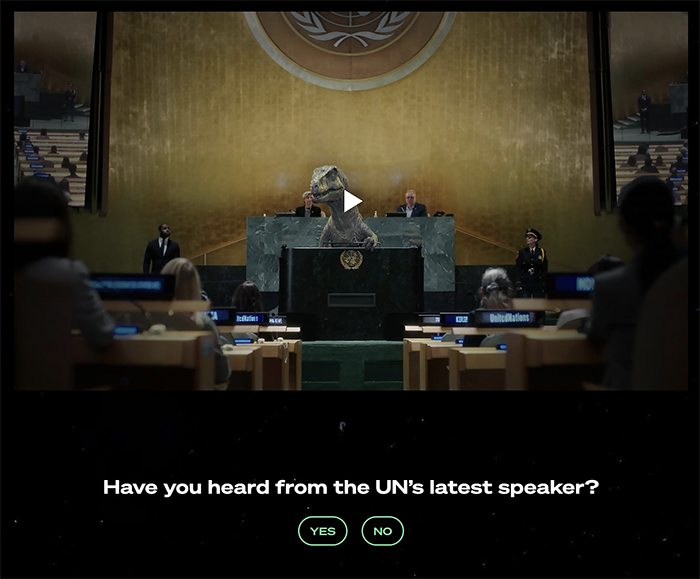 Association launched an eight-week international cinema advertising campaign aimed at raising awareness of the climate emergency and spurring broader, urgent action to address it.
In the 60-second cinema ad, Frankie, a computer-generated dinosaur is seen storming into the UN General Assembly, seizing its iconic podium, and urging stunned-looking dignitaries to avoid the dinosaurs’ fate—extinction—by making changes to tackle the climate crisis.
At the red-carpet launch of the film’s cinema release, SAWA and the Global Cinema Medium will be presented the inaugural UNDP “Frankie” Award for Climate Impact. The honor recognizes SAWA and the Global Cinema Medium’s tremendous efforts to screen the 60-second spot in 30 countries during a two-month campaign. The cinema ad, produced in 15 languages, has been mastered and distributed by UniqueX in the United Kingdom.
The animated Utharaptor, the first computer-generated character to appear inside the iconic General Assembly building, anchors UNDP’s “Don’t Choose Extinction” campaign. The original film was voiced in 39 languages and features famous actors from around the world, including Jack Black (English), Eiza González (Spanish), Nikolaj Coster-Waldau (Danish), and Aïssa Maïga (French). It has been translated into more than 60 languages. 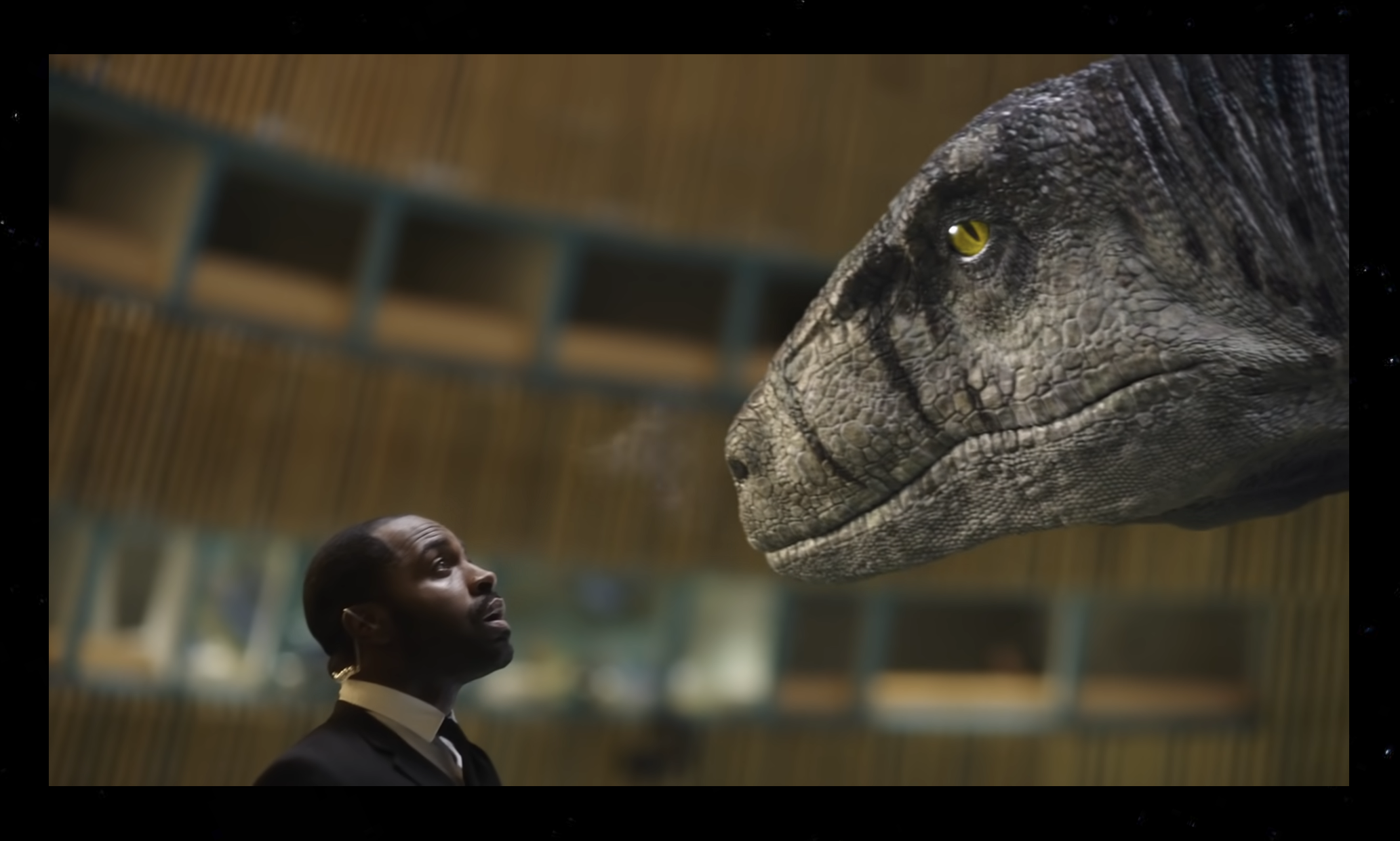 “While the global cinema ad is entertaining, it addresses issues that could not be more serious,” UNDP Administrator Achim Steiner said. “It urges countries to phase out fossil fuels subsidies, which harm the environment in ways that threaten our very existence. UNDP is deeply grateful to SAWA and the Global Cinema Medium for its commitment to climate action and generous support in sharing this film through cinemas in 30 countries around the world. 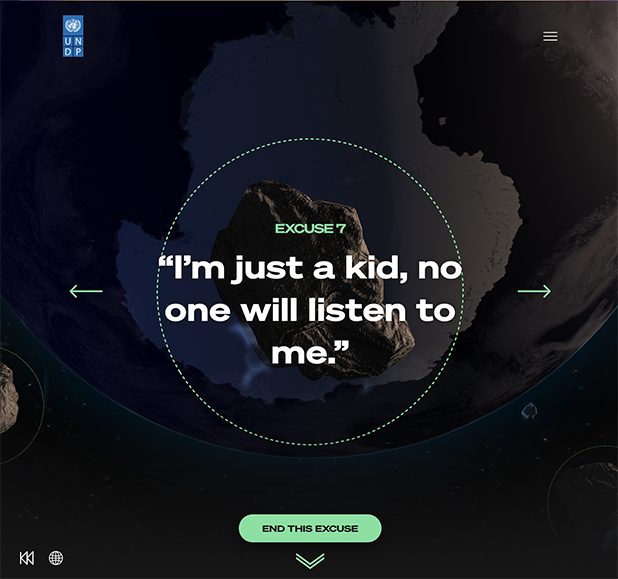 “Since 2015, the Global Cinema Medium has partnered with the United Nations to advance it Sustainable Development Goals. Again, in 2022, although cinema has been one of the hardest hit industries during the pandemic, our Global Cinema advertising companies have committed to supporting this campaign on climate change—seen as one of the most pressing challenges of our time.” said Cheryl Wannell, SAWA, CEO. “Gen Z, Millennials and Gen X put climate action high on the list for both themselves and the brands they use. They are among the hardest demographics to reach and comprise the core cinema audience.”
Fossil fuel subsidies contribute to climate change and growing inequalities around the world. But there isn’t enough global awareness or understanding around this issue. The cinema release of the "Don’t Choose Extinction" campaign hopes to change all that by using creativity to inform and inspire millions of moviegoers around the world to take action,” said Nikolaj Coster-Waldau, UNDP Goodwill Ambassador and the Danish voice of Frankie the dinosaur.
For more information about the “Don’t Choose Extinction” advertisement and campaign, and to learn how to get involved in addressing climate change: Don't Choose Extinction