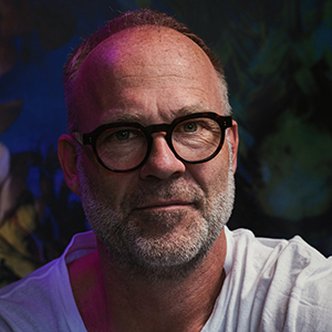 Ralph is the world’s most awarded creative in audio advertising and branding. In 1990 he co-founded Eardrum in London and has since established offices in Sydney and Paris.

Eardrum is widely regarded as the authority in audio marketing, creating effective campaigns for multinational brands and their agencies.

Each year, their work is recognised at the world’s leading award shows including being named Radio & Audio Agency of the Year three years in a row by the London International Awards, multiple Gold Lions at Cannes, One Show Grand Prix, and New York Festival Gold.
In recognition of these accolades, he was selected as one of the ‘advertising legends’ to serve as jury President at the 60th anniversary of the Cannes Lions Festival.

He’s driven by a determination to innovate, subvert and explore new ways for brands to connect to their audience through audio-led campaigns.
In 2020, Eardrum marked its 30th anniversary by launching Earfest the first online audio arts festival, and establishing Resonance, a specialist audio branding agency.

His creative workshops never fail to enthuse advertisers and inspire creatives.
One day his Mother will know what he does for a living.