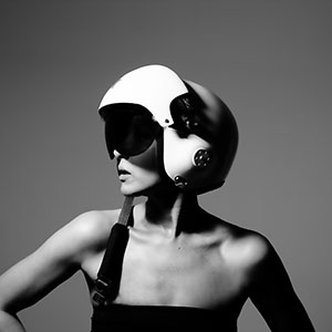 Marjorieth Sanmartin is a Venezuelan half Spanish creative living in Germany. On her positions as Executive Creative Director at TBWA Germany, she considers herself a Design freak who loves to break the boundaries of Creation. After her studies at the Miami Ad school in Miami, Marjorieth never thought that her carrier would take her to a country so different and remote for her as Germany; what made her realize that good Art Direction and of course Creation, can connect cultures. There is like a secret language that we all understand, it’s like its own language. This is the magic of  International Awards, where she said that you can see how work created from one country sticks in the minds of millions of others who are not only in a  different country, but who had a completely different background and culture. And when the perfect combination is found, there is a magic moment. That is what she loves the most about doing what she does.

Marjorieth in her studies was lucky enough to join agencies such as Leo Burnett in Chicago, in which she was part of the Hispanic Team at Lapiz. Then she was in England at BBH, Fallon and Wieden+Kennedy. But after that when she arrived at Jung von Matt in Germany that is where she decided to stay.
Marjorieth had already been working for several agencies there and is also a member of the Art Directors Club Deutschland. She believes that she is at the right place, because she is at the heart of her passion, clients and brands, She said she has gasoline in her blood, and love working for Car clients. In the past, she has been working for brands such as Lamborghini, Audi and Citroen. And Beauty is her second love, which she believes has a lot in common with Cars. Marjorieth is a creative award winner and has been a member of many International Creative Awards. At the moment  she is in the lead for all the Beauty clients of TBWA Germany, with over 17 Brands from Henkel Beauty Worldwide.