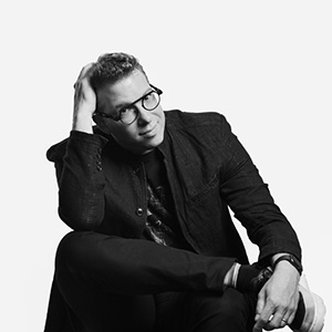 Global Chief Creative Officer
Havas Health & You
New York
, United States of America
Eric Weisberg is Global Chief Creative Officer at Havas Health & You, where he is inspiring a creative awakening across the 5,000-person worldwide network. As the world emerges from the fog of COVID-19, Eric is excited by the possibility for health and wellness brands to lead the industry in creativity, innovation, and digital transformation.

At Havas, Doner, and J. Walter Thompson, Eric guided his teams to win over 100 international creative awards from Cannes, The One Show, Clios, The Webbys, Effies, and many others. Eric's work can be found in the Smithsonian permanent collection, college textbooks and has been covered dozens of times by CNN, NBC, BCC, The New York Times, Fast Company and more. The diverse array of creative solutions and innovations include: filing a patent for an algorithm that predicts cold and flu spread; the first commercial use of AR for Band-Aid, reducing mental illness stigma with social media; making Matthew McConaughey a creative director; the most downloaded Marvel Comic of 2020, honoring nurses fighting COVID-19; and the most talked-about Super Bowl commercial of 2021, featuring Bruce Springsteen.

Trying to classify Eric is pretty tough. He's built a reputation as an innovation and digital expert, but he is equally celebrated for his teams' work in television, print, and other "traditional" mediums. Eric's best work is generally a blend of ideas, technology, and media. His creative philosophy is pretty simple: make everything you touch better than the day before and try hard not to be a jerk doing it.

Named "Digital Top 40 over 40" by Campaign and one of the "Most Creative People in Mobile Advertising" by Business Insider, Eric is a frequent speaker on stages around the world, including CES, SXSW, Cannes, Mobile World Congress, Advertising Week, among many others.